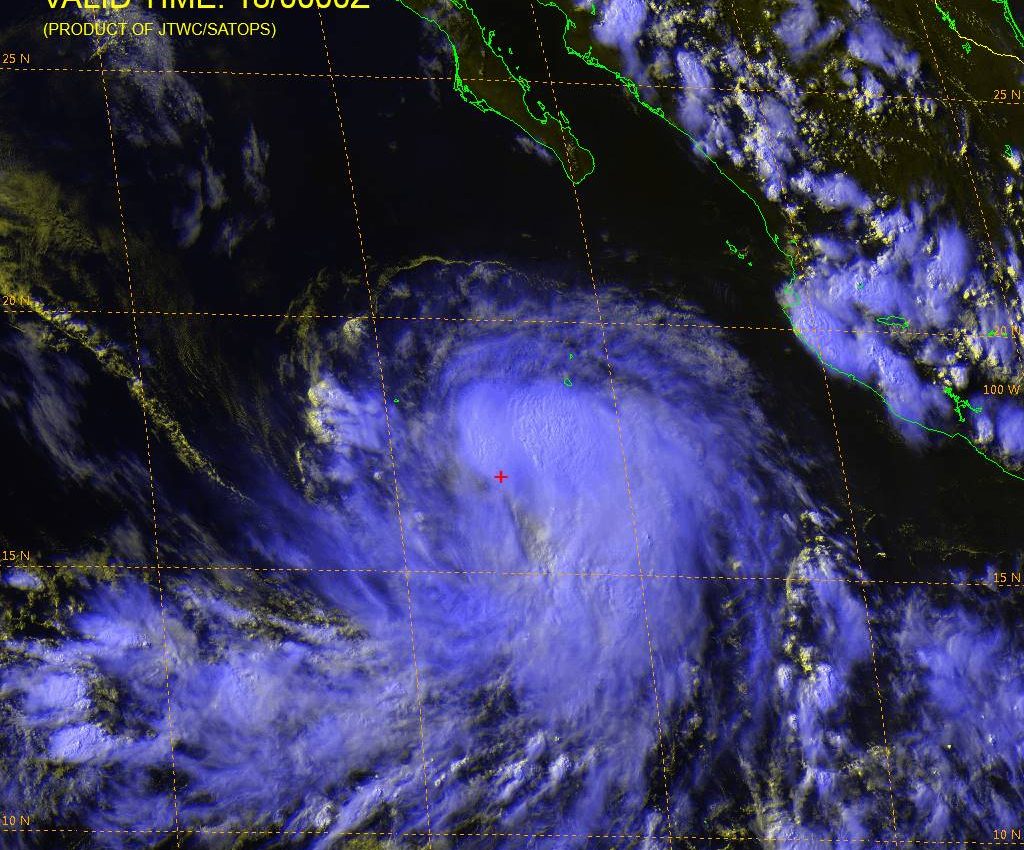 Tropical Storm Estelle strengthened from a tropical depression over the eastern Pacific Ocean on August 6, 2010. By 2:00 a.m. Pacific Daylight Time on August 8, the storm had maximum sustained winds of 65 miles (100 kilometers) per hour, according the U.S. National Hurricane Center. Estelle was roughly 355 miles (570 kilometers) south of the southern tip of Baja California.

The Moderate Resolution Imaging Spectroradiometer (MODIS) on NASA’s Aqua satellite captured this natural-color image of Tropical Storm Estelle at 1:20 p.m. PDT (20:20 UTC) on August 8. Estelle appears as a compact cloud mass with a few disconnected bands of clouds along its perimeter. Along the storm’s northeastern margin, a band of clouds casts shadows toward the northeast.

At 8:00 a.m. PDT on August 9, 2010, the NHC reported that Estelle was roughly 390 miles (630 kilometers) south-southwest of the southern tip of Baja California, with maximum sustained winds of 40 miles (65 kilometers) per hour. The storm had moved westward, and was expected to continue along that track before turning toward the west-southwest.

Eight tropical cyclones, seven named storms and five hurricanes formed during the 1960 season, none of the hurricanes reached beyond category 1 status on the Saffir-Simpson Hurricane Scale.[2]