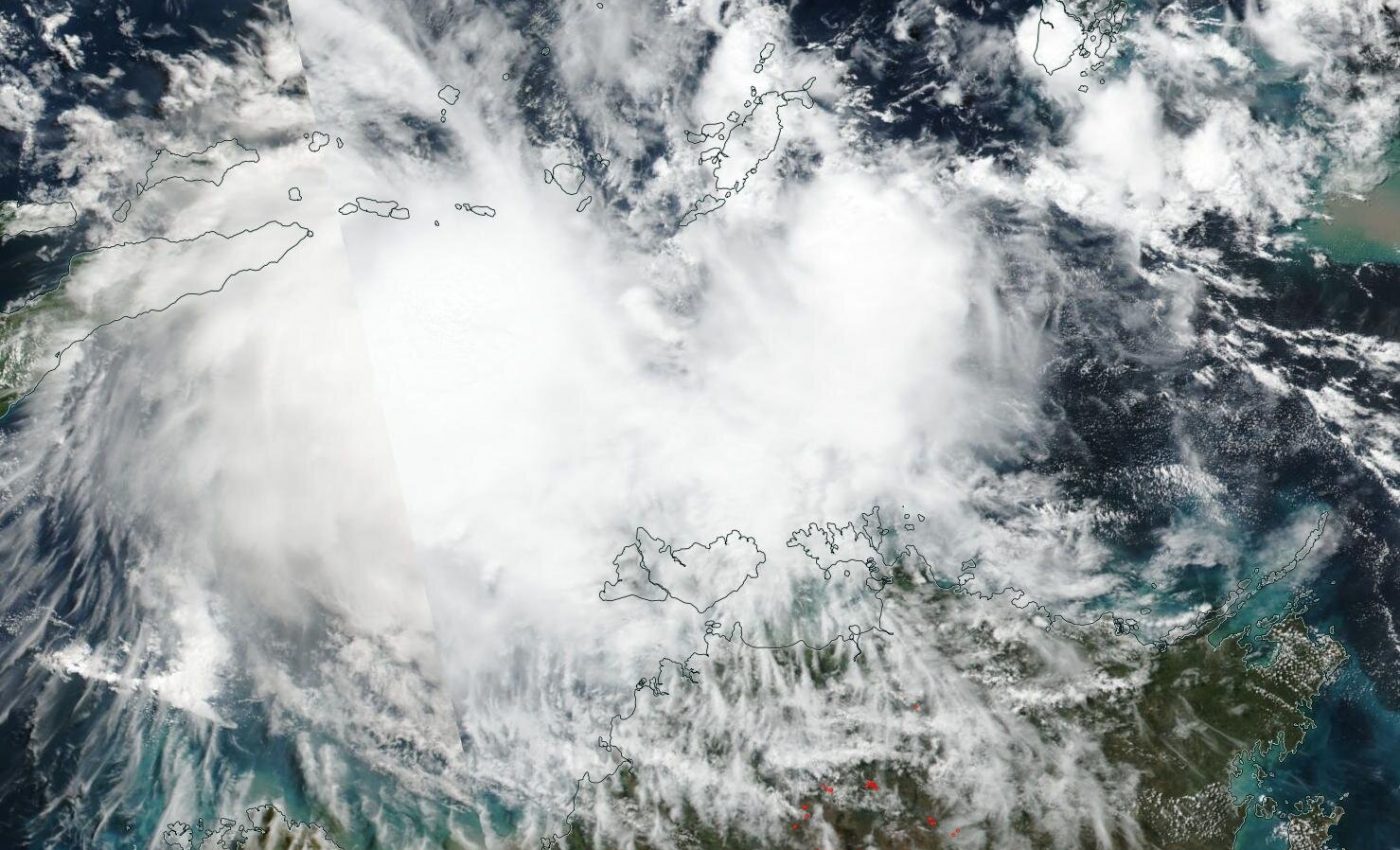 Tropical Storm Hanna continued to plow through the Caribbean Sea on September 2, 2008, bringing strong surf and heavy rains to the island of Hispaniola (home to Haiti and the Dominican Republic) before heading to the Bahamas. This image of the storm was captured by the Moderate Resolution Imaging Spectroradiometer (MODIS) on NASA’s Aqua satellite. The storm was ragged and sprawling, with no distinct eye. The center of circulation was evident in the bright ball of clouds north of Hispaniola, however. Forecasts as of September 3 were uncertain as to whether the storm would regain hurricane status in coming days.

Tropical Storm Hanna was a moderately strong tropical storm that affected the Gulf Coast and Southeastern regions of the United States. The tenth tropical cyclone and eighth named storm of the 2002 Atlantic hurricane season, Hanna formed through the complex interaction of a surface trough, a tropical wave, and an upper-level low pressure system, a disturbance in the upper atmosphere. Designated a tropical depression at 0000 UTC on September 12, the storm remained disorganized throughout its duration, though it attained tropical storm status and a peak intensity of 1,001 mbar (29.6 inHg), with winds of 60 miles per hour (100 km/h). Hanna crossed extreme southeastern Louisiana, and made a second landfall along the Alabama–Mississippi border. Tropical Storm Hanna has caused massive amounts of damage in the city and surrounding areas. Therefore named  of my the strongest hurricanes we have seen in awhile. Tropical Cyclone Hanna has shown the power.