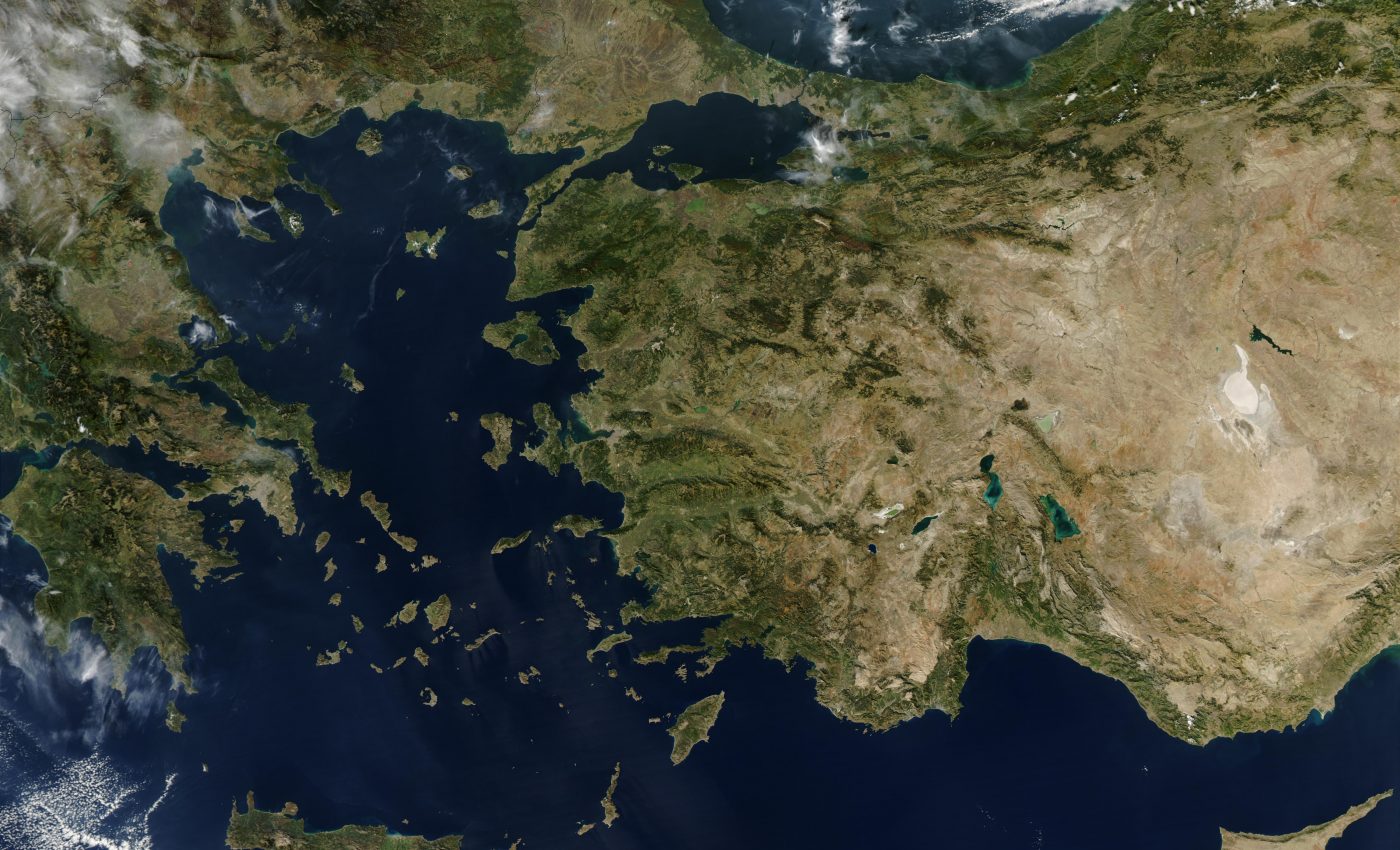 This series of images of Turkey and Greece were acquired by the Aqua and Terra MODIS instruments in the late fall of 2002. Although Greece is on the left, while Turkey is on the right. You can see between the two is the Aegean Sea. Also To the south is the Mediterranean Sea, and the long island marking the border between the Adriatic and the Mediterranean is Crete. At the upper right corner is the Black Sea, and south of Turkey is the island-nation of Cyprus.

Greece is located at the crossroads of Europe, Asia, and Africa. Therefore Situated on the southern tip of the Balkan Peninsula. Also it shares land borders with Albania to the northwest, North Macedonia and Bulgaria to the north, and Turkey to the northeast. The Aegean Sea lies to the east of the mainland, the Ionian Sea to the west, the Cretan Sea and the Mediterranean Sea to the south.

The English name of Turkey means “land of the Turks”.   The phrase land of Torke is used in the 15th-century Digby Mysteries. Also Later usages can be found in the Dunbar poems, the 16th century. The modern spelling “Turkey” dates back to at least 1719. The Turkish name Türkiye was adopted in 1923 under the influence of European usage.