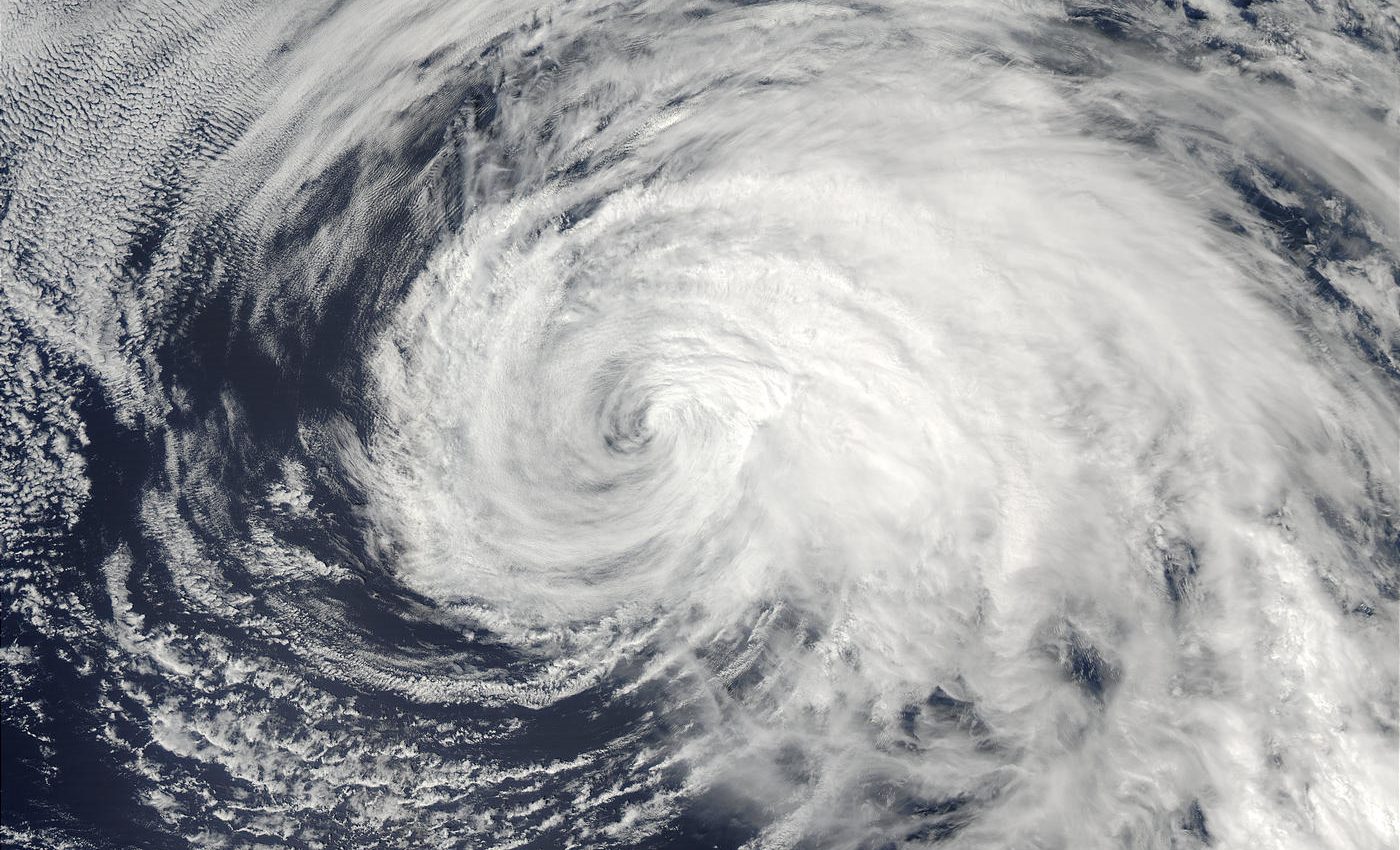 Typhoon Ele (02C) in Central Pacific Ocean. Hurricane Ele became Typhoon Ele as it crossed the International Date Line over the Labor Day weekend. Therefore typhoon/hurricane can be seen in the central Pacific in this series of true-color images taken between August 30 and September 7, 2002. Taken by the Moderate Resolution Imaging Spectroradiometer instruments aboard NASA’s Aqua and Terra spacecrafts.

As of September 4, the typhoon was several hundred miles east of the International Date Line. Also and making its way north through the Pacific, packing sustained winds of up to 92 miles (148 kilometers) per hour. The hurricane is expected to change direction and move northwest before dropping in intensity and turning into a tropical storm.