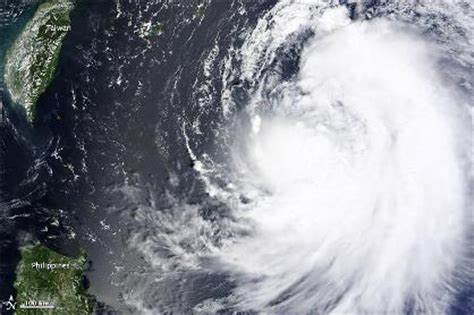 At 06:00 UTC on September 17, the Joint Typhoon Warning Center (JTWC) reported that Fanapi was centered near 23 degrees North latitude, 128 degrees East longitude, about 640 kilometers (400 miles) east-southeast of Taipei, Taiwan. The category 1 typhoon had sustained winds of 139 kilometers (86 miles) per hour at the time. Wave heights were 22 feet. JTWC forecasters predicted that the storm would make landfall in Taiwan on September 19.

The typhoon first affected southern Japan, bringing rainfall to the outer Miyako Islands. However, impacts were worst in Taiwan and mainland China. In southern Taiwan, Fanapi dropped heavy rainfall, peaking at 1,126 mm (44 in) in Majia, Pingtung. About 150,000 people evacuated their homes, and there were heightened preparations after the damaging effects of Typhoon Morakot the previous year. The heavy rainfall from Fanapi caused landslides, heavy crop damage, and flooding, notably in the major city of Kaohsiung, where rains totaled 506 mm (19.9 in). In some areas of the city, the floods reached over one-story deep, inundating cars and causing about NT$3 billion (New Taiwan dollar, US$93.75 million) in industrial damage. There were five deaths in Taiwan during the storm’s passage, and damage was estimated at NT$5 billion (US$158 million).