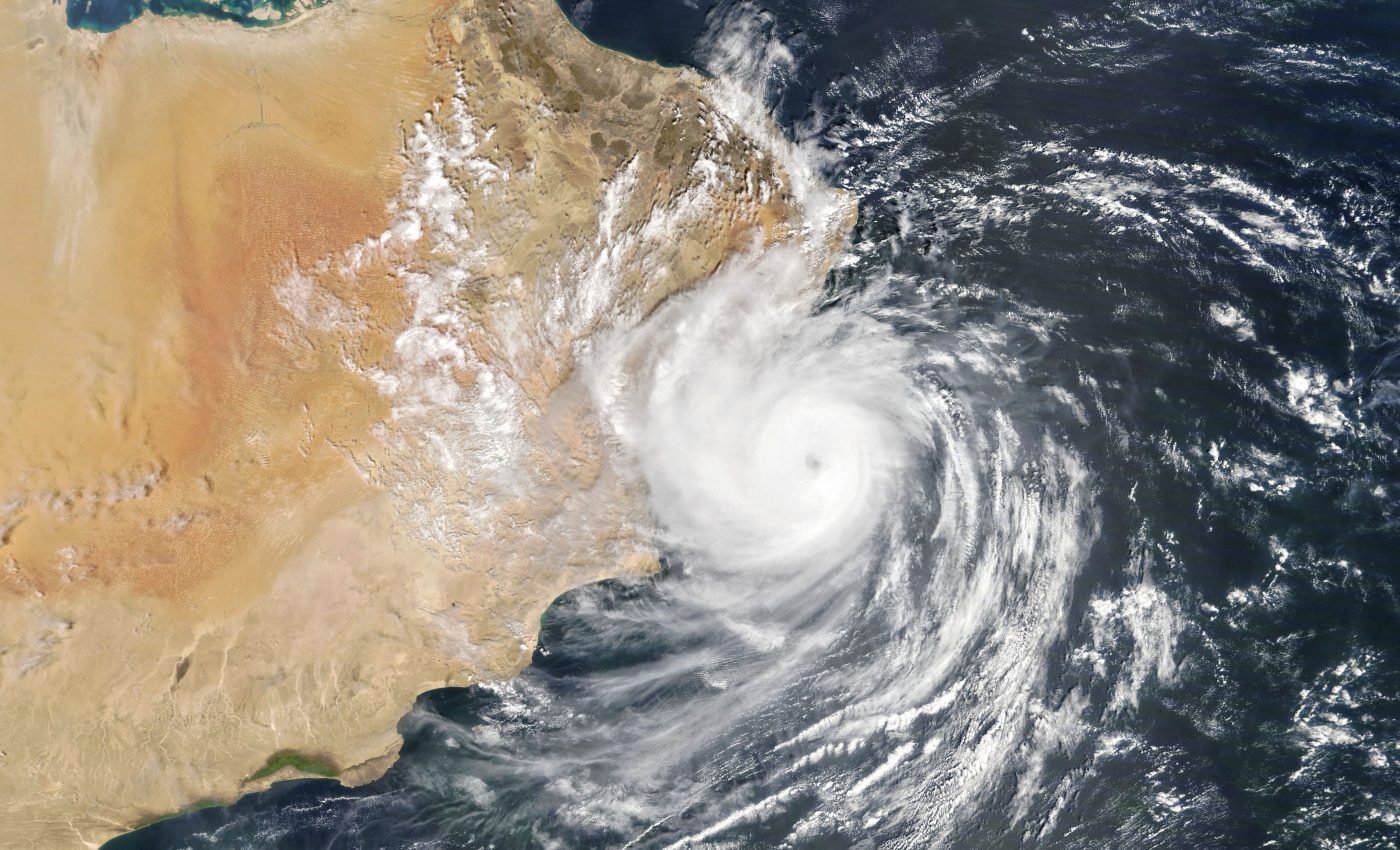 When the storm made landfall over Oman on September 24, it had maximum wind speeds of up to 80 miles per hour. Tropical Cyclone Hikaa reaches the Arabian Peninsula

It is not very common for cyclones to reach the Arabian Sea in the North Indian Ocean. However, in 2018, three significant cyclones pushed all the way up to the Arabian Peninsula.

The image was captured by the Moderate Resolution Imaging Spectroradiometer (MODIS) on NASA’s Terra satellite as the outer bands of Hikaa moved over Oman.

Arabian Peninsula is the largest peninsula in the world, at 3,237,500 km2 (1,250,000 sq mi). The Peninsula consists of six countries: Kuwait, Oman, Qatar, Saudi Arabia, the United Arab Emirates, and Yemen. The peninsula formed as a result of the rifting of the Red Sea between 56 and 23 million years ago, and is bordered by the Red Sea to the west and southwest, the Persian Gulf to the northeast, the Levant to the north and the Indian Ocean to the southeast. The peninsula plays a critical geopolitical role in the Arab world due to its vast reserves of oil and natural gas.