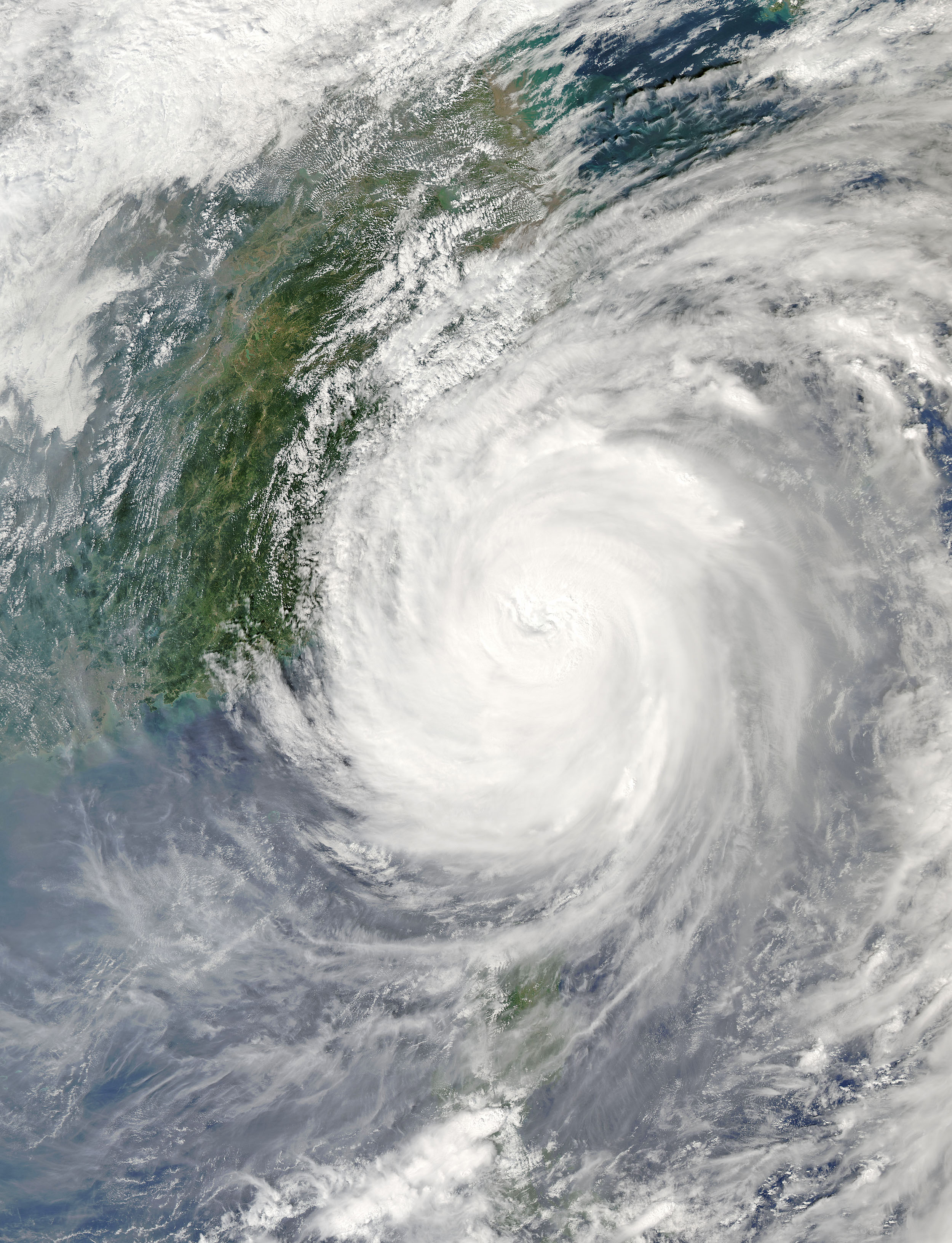 Typhoon Megi is the most recent in a string of storms that have battered Taiwan this year. The category 4 storm left more than 2.9 million Taiwanese without power to their homes and businesses, the Associated Press reported. In Taiwan, several deaths and more than 250 injuries have been reported so far. The Focus Taiwan News Channel posted a photo of a steeply leaning utility pole and windblown wreckage against a dark sky.

The Moderate Resolution Imaging Spectroradiometer (MODIS) on NASA’s Aqua satellite acquired this natural-color image at 1:25 p.m. local time (05:25 Universal Time) on September 27, 2016, shortly before Megi made landfall. By 2:00 a.m. on the 28th, the storm had passed the island and was moving toward mainland China with maximum sustained winds of 130 kilometers (80 miles) per hour, according to the Hong Kong Observatory. 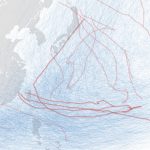 The U.S. Navy’s Joint Typhoon Warning Center expected the system to “weaken rapidly over the next 36 hours” while passing over Taiwan; it was predicted to make landfall on the Chinese mainland on September 28. Megi has already brought “serious” levels of air pollution and high temperatures to Hong Kong, likely a result of a “subsidence airstream”—a descending air mass in a high-pressure area.

The past few months have been particularly active for storms near Taiwan. Three to four typhoons typically approach the island each year, according to the country’s National Weather Bureau. The eyes of Megi and Nepartak made direct landfall this year, while Malakas and Meranti passed close by and brought heavy rain and wind damage.

The map above shows the storms that passed over or near Taiwan in deep red, with lighter red lines denoting 2016 storms in the region. The tangle of light blue lines in the background shows the tracks of historical storms in the western Pacific Ocean.