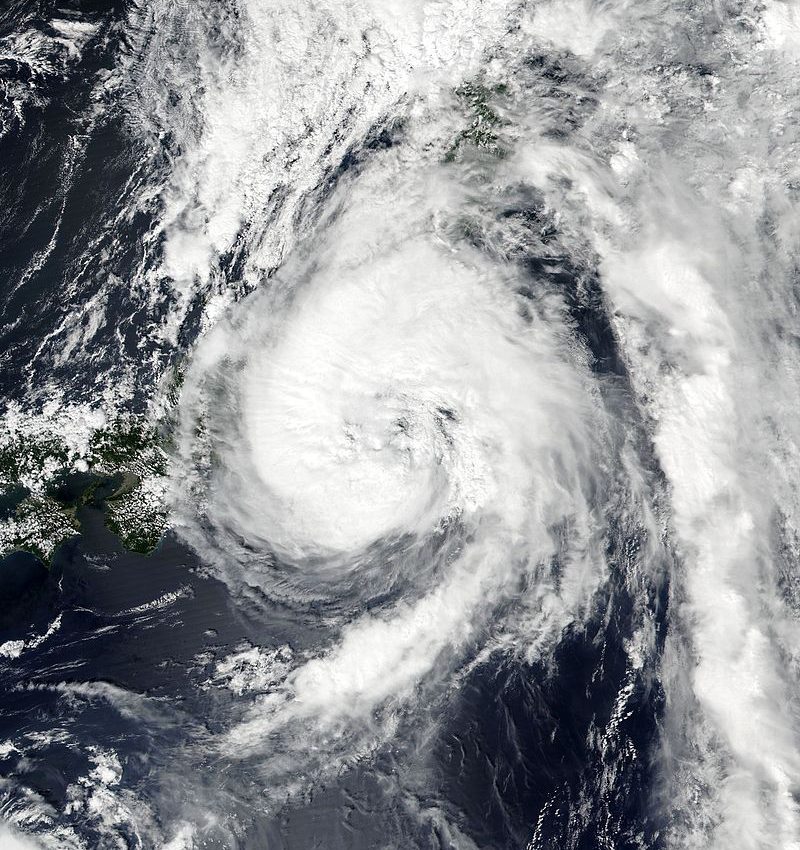 Typhoon Mindulle Approaching the Philippines. The Moderate Resolution Imaging Spectroradiometer (MODIS) onboard NASA’s Aqua spacecraft captured this true-color image of Typhoon Mindulle churning in the Pacific waters approximately 480 miles southeast of Tapei, Taiwan. At the time this image was taken on June 28, 2004, Mindulle had maximium sustained winds of 130 mph with gusts to 160 mph and was moving to the northwest at only 4 mph. According to the Joint Typhoon Warning Center, Mindulle was continuing to intensify in a favorable environment with the eye becoming more symmetrical and better defined.

The Japan Meteorological Agency (JMA) indicated that a tropical depression had formed northwest of Guam at noon on August 17. A few hours later, the Joint Typhoon Warning Center (JTWC) quickly issued a Tropical Cyclone Formation Alert and also upgraded the system to a tropical depression with the designation 10W on the same day, based on increased symmetric convection associated with a defined but partially exposed low-level circulation center (LLCC) that was embedded within the southwest monsoon surge. One day later, the JTWC upgraded 10W to a tropical storm via the Dvorak technique, with the winds proved by a recent scatterometer pass. The JMA upgraded the system to a tropical storm and named it Mindulle early on August 19, when central convection had become more organized. However, an upper-level low to the north and the predecessor of Tropical Storm Kompasu to the northeast were stifling the development of any poleward outflow.

Moving on the eastern edge of a relatively high-latitude monsoon gyre and being steered by the southern extension of the subtropical ridge anchored east of Japan, the intensification of Mindulle was limited on August 20, owing to modest dry air entrainment