Typhoon Vamco buried the Philippines in water, mud, and debris •

Typhoon Vamco buried the Philippines in water, mud, and debris 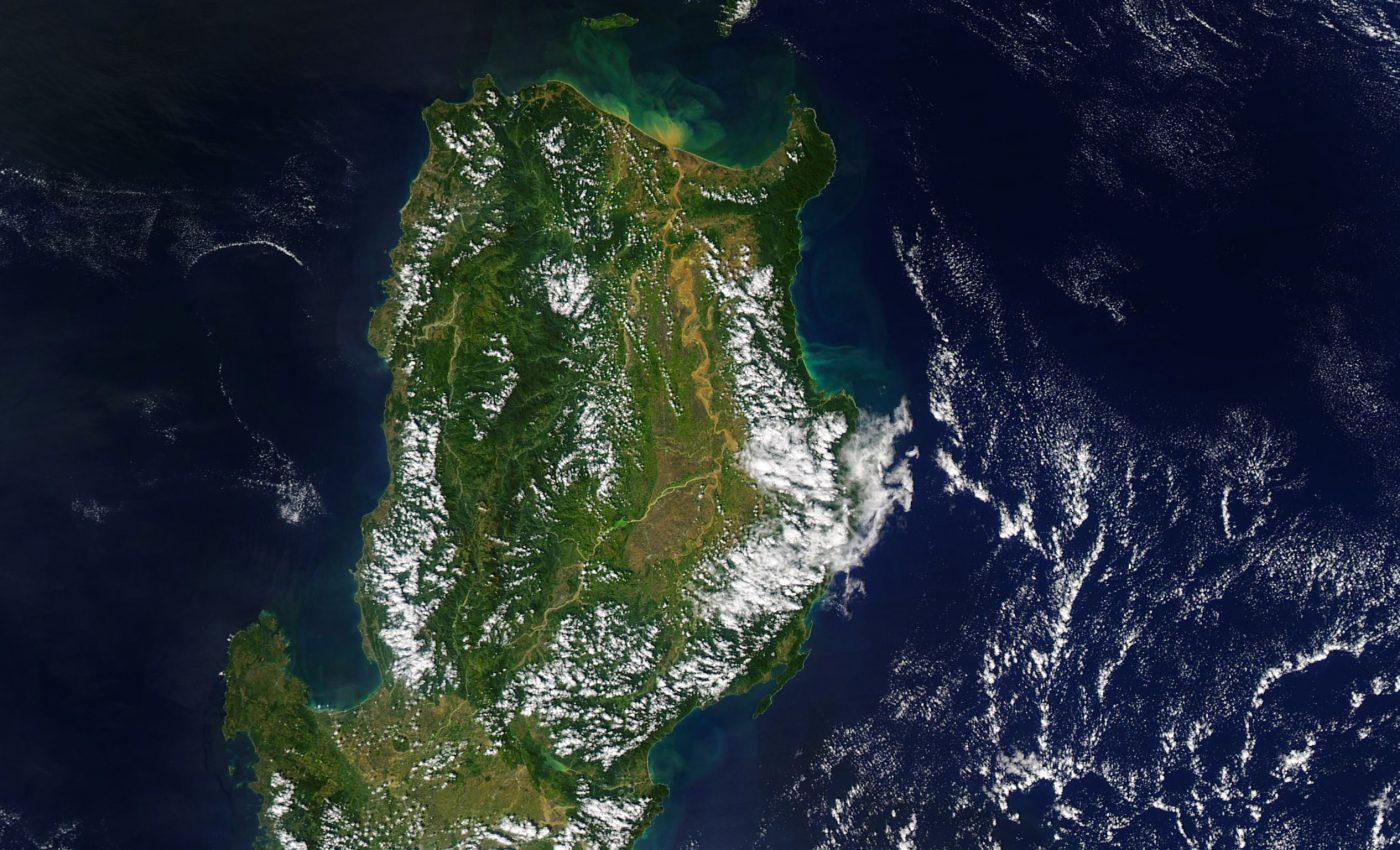 Typhoon Vamco buried the Philippines in water, mud, and debris. Today’s Image of the Day from NASA Earth Observatory features the northern portion of Luzon Island in the Philippines just after the country was ravaged by Typhoon Vamco, the third typhoon to impact this region in just four weeks.

In the Philippines alone, dozens of people were killed and many are still missing. The Philippine National Police report that more than 100,000 people were rescued from the fast-moving floodwaters, including 41,000 in the capital city of Manila.

Heavy rainfall, floods, and landslides associated with Typhoon Vamco have damaged or destroyed more than 67,000 homes throughout the country. As the floodwaters recede, many villages are still covered in debris and mud.

According to the UN Office for the Coordination of Humanitarian Affairs, at least 3.6 million people have been affected by the flooding, with nearly 280,000 displaced.

The image was captured on November 18, 2020 by the Moderate Resolution Imaging Spectroradiometer (MODIS) on NASA’s Aqua satellite.Typhoon Vamco, known in the Philippines as Typhoon Ulysses, was a powerful and deadly Category 4-equivalent typhoon that struck the Philippines and Vietnam. It also caused the worst flooding in Metro Manila since Ketsana in 2009. The twenty-second named storm and tenth typhoon of the 2020 Pacific typhoon season, Vamco originated as a tropical depression northwest of Palau, where it slowly continued its northwest track until it made landfall in Quezon. After entering the South China Sea, Vamco further intensified in the South China Sea until it made its last landfall in Vietnam. Vamco made its first landfall in the Philippines near midnight on November 11 in the Quezon province as a Category 2-equivalent typhoon. The typhoon brought heavy rains in Central Luzon, and the nearby provinces, including Metro Manila, the national capital. Heavy rains caused by the typhoon overflowed rivers, causing severe flooding in Marikina. As the typhoon crossed the country, dams from all around Luzon neared their spilling points, forcing the dams to release large amounts of water into their impounds