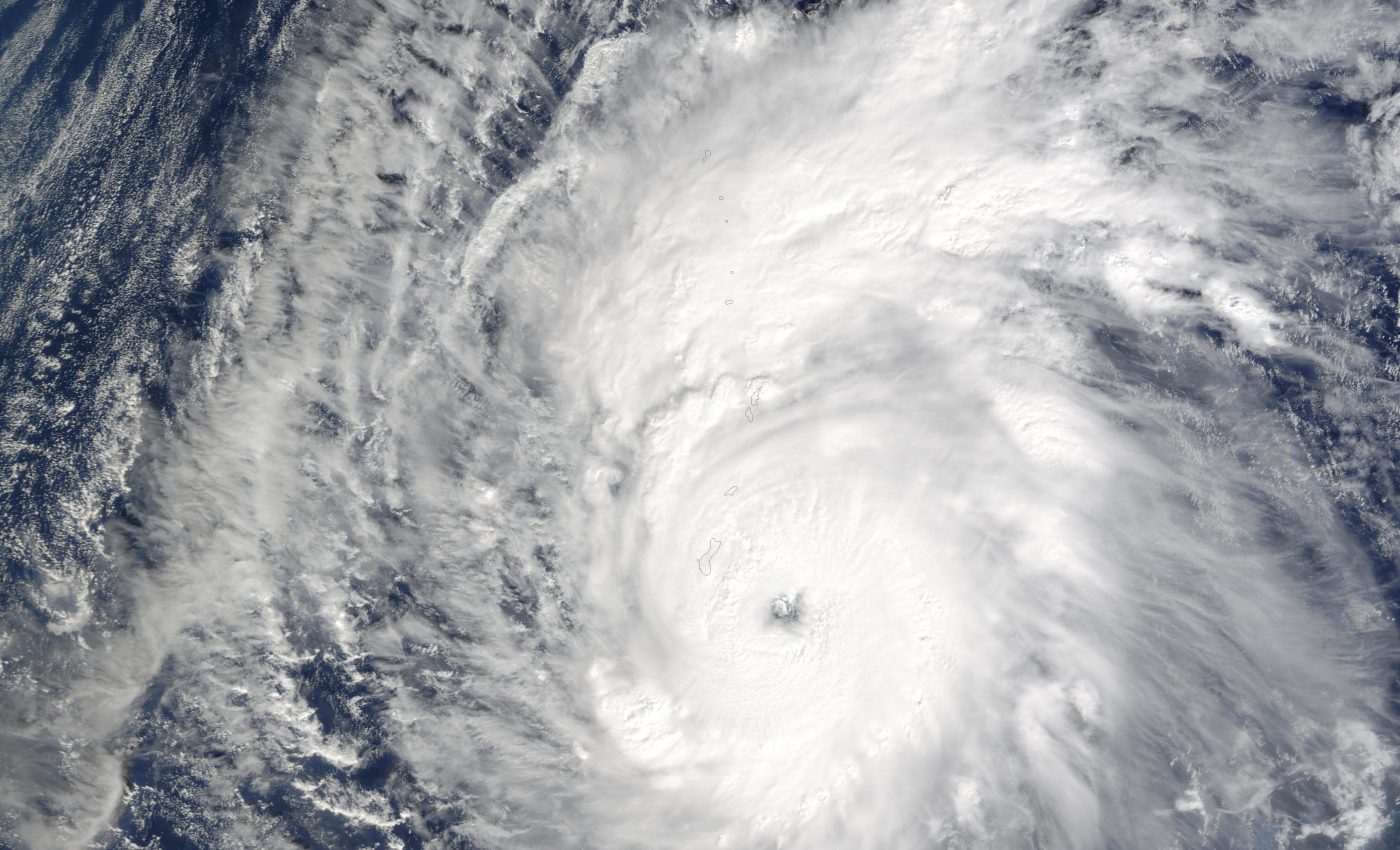 Typhoon Ponsona Near Northern Mariana Islands.  Therefore at the time these images were acquired on December 8 and 10, 2002, Super Typhoon Pongsona was descending from its peak strength. Also a Category 4. Therefore with winds of 120 knots (1 knot = 1.15 mph) to Category 3, with winds around 100 knots. The image from the 8th is of Pongsona over the Northern Mariana Islands in the western Pacific Ocean, just south of the Tropic of Cancer, and about 1500 kilometers north of Papua New Guinea. In the image from the 10th, Pongsona had moved northeast, out into the open Pacific.

Pongsona had dissipated four times before reaching Typhoon level, and gained a level approximately every day, up to Category 4. However, the descent was quicker. By late on the 9th, Pongsona began losing power, and by the 11th had dropped to the lowest level, Category 1, with winds of 75 knots. After this, it dissipated for good.

Typhoon Pongsona was the last typhoon of the 2002 Pacific typhoon season, and was the second costliest United States disaster in 2002, only behind Hurricane Lili. The name “Pongsona” was contributed by North Korea for the Pacific tropical cyclone list and is the Korean name for the garden balsam. Pongsona developed out of an area of disturbed weather on December 2, and steadily intensified to reach typhoon status on December 5. On December 8 it passed through Guam and the Northern Mariana Islands while near its peak winds of 175 km/h (110 mph 10-min). It ultimately turned to the northeast, weakened, and became extratropical on December 11