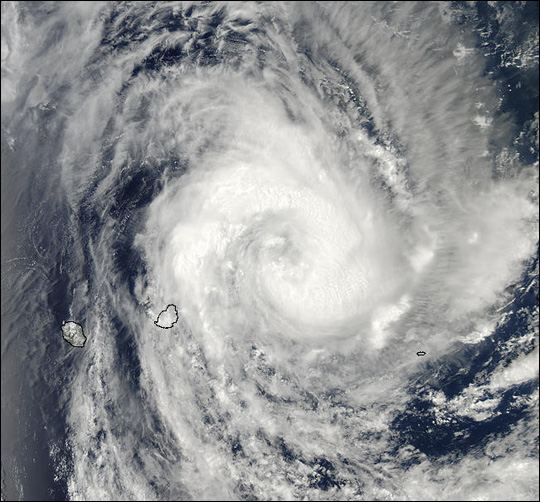 Mauritius officially the Republic of Mauritius. (French: République de Maurice, Creole: Repiblik Moris)is an island nation in the Indian Ocean. The main Island of Mauritius is located about 2,000 kilometres. (1,200 mi) off the southeast coast of the African continent.

Although the Republic of Mauritius also includes the islands of Rodrigues, Agalega and St. Brandon. The capital and largest city Port Louis. Which is located on the main island of Mauritius. The city of Port Louis is commonly know for having cyclones and storms. Therefore this season of storms is high of lots of damage and weather related catastrophe. Also the NASA satellite captured amazing pictures and other images.