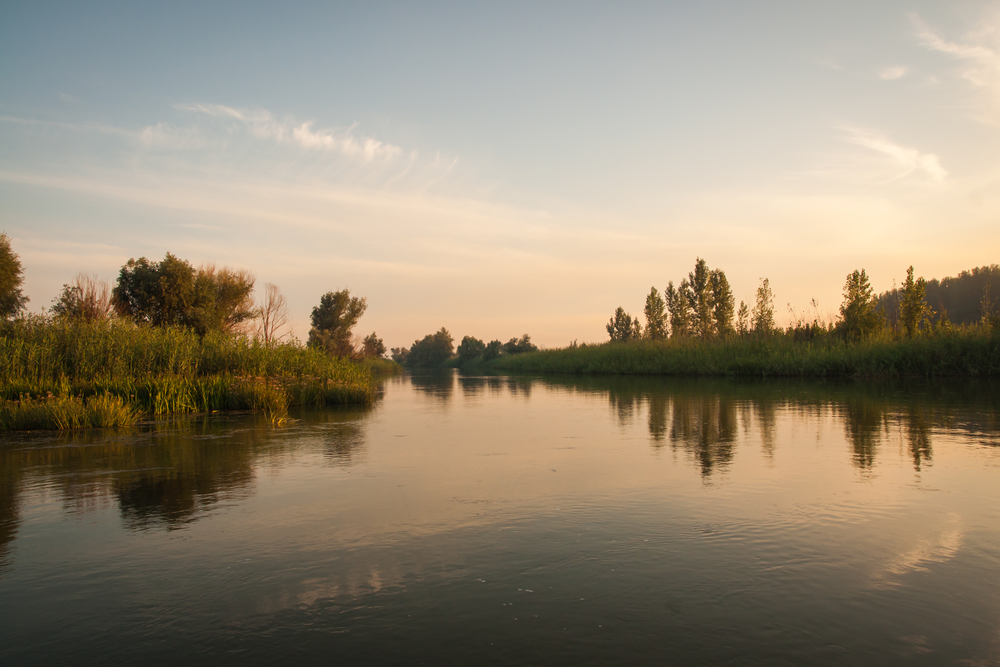 The deep green braids of the Volga River Delta fan into a broad delta on the northwest shore of the Caspian Sea.  More than 500 channels flow from the river into the sea, creating a web of wetlands that supports hundreds of species of birds, fish, and plants.

The Volga River delta is one of the most productive regions of the world for fish, particularly caviar-producing sturgeon, 25 percent of which live in the Volga River.
Mud is not the only thing pouring into the sea with the river water. The Volga River is Europe’s longest river, flowing some 3,700 kilometers (2,300 miles) from its source in the Valday hills of northwest Russia to the Caspian Sea.

As it winds its way through Russia, it passes through several large cities, including Moscow, and is lined with agriculture.

The added fertilizers nourish the algal blooms that grow on the surface of the sea, allowing them to grow larger. When they die, the plants begin to sink and are consumed by bacteria.