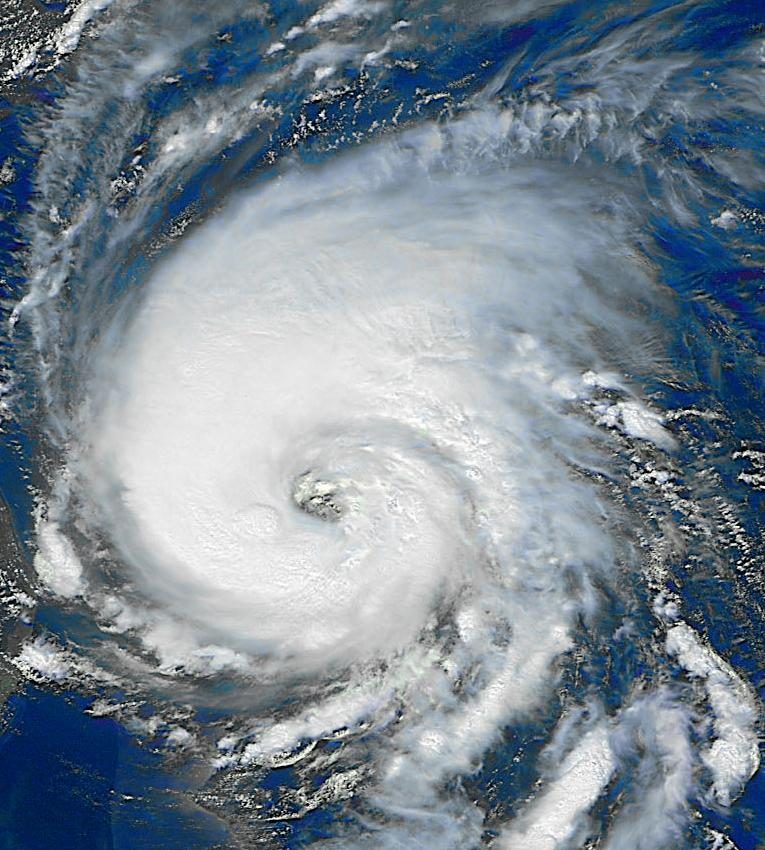 Hurricane Dennis threaded its way between Jamaica and Haiti on a direct course for Cuba on July 7, 2005. In this image, the storm has the distinctive hurricane form, with a well-defined eye surrounded by bands of swirling clouds.

Less than an hour before this image was taken, the storms small dark eye was about 105 kilometers northeast of Kingston, Jamaica and 170 kilometers  south-southeast of Guantanamo, Cuba. The National Hurricane Center reports that Dennis is traveling northwest at about 24 kilometers per hour (15 mph).

A storm of this size is a threat not just because of its powerful winds; Dennis is expected to produce heavy rain and coastal and inland flooding. Five to ten inches of rain may fall over Haiti, the Dominican Republic, Jamaica, Cuba, and the Cayman Islands, with as much as 15 inches falling in parts of Jamaica. Heavy rainfall can trigger flash floods and mudslides in mountainous regions because the ground can’t absorb the water fast enough. The storm will probably also raise tide levels by five to seven feet and generate large and dangerous waves.