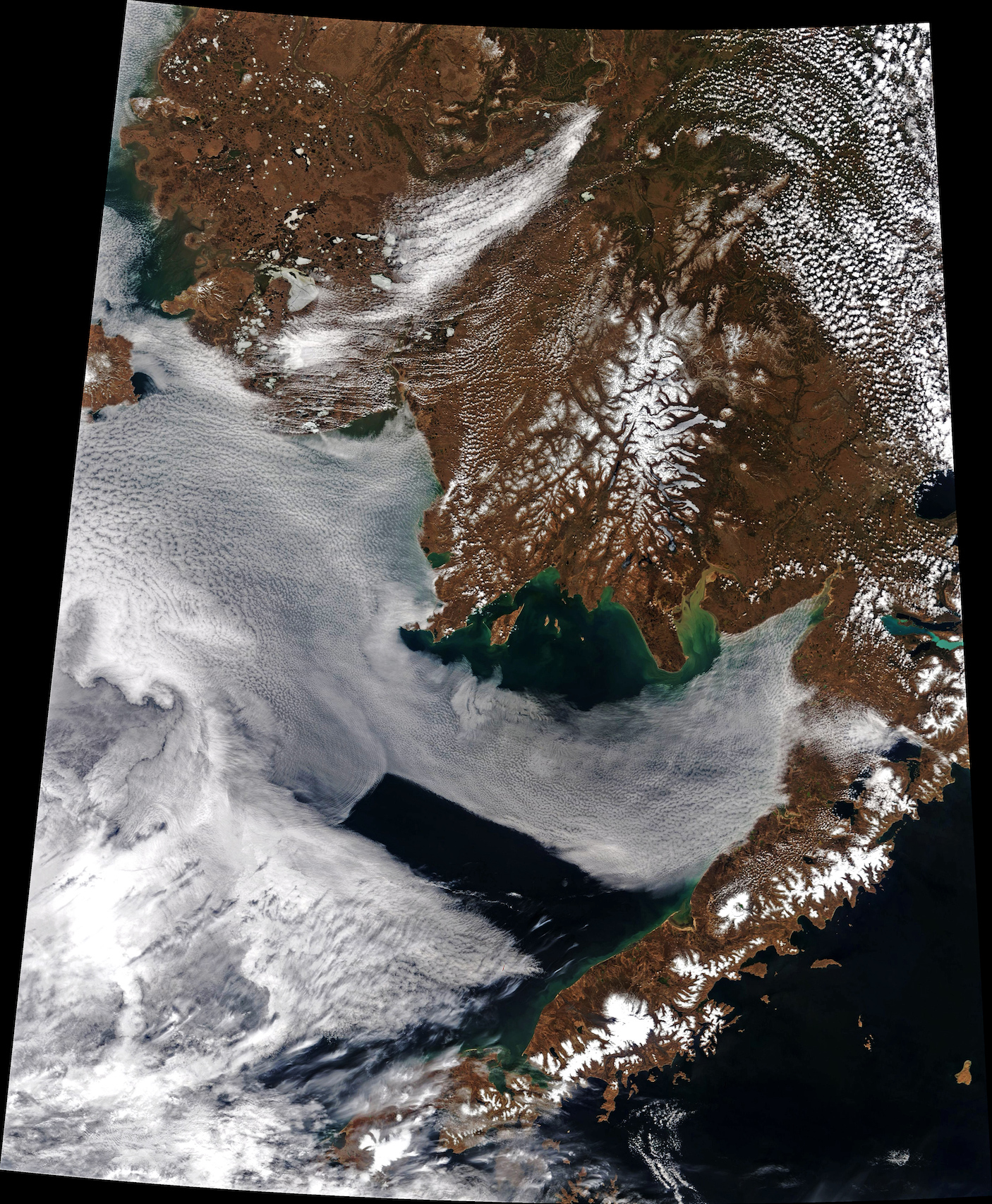 Today’s Image of the Day comes thanks to the NASA Earth Observatory and features a look at wave clouds rolling over Bristol Bay in southwestern Alaska.

The photo was captured by the Moderate Resolution Spectroradiometer (MODIS) on board the Terra satellite.

These wave clouds formed as a result of two large air masses converging over Bristol Bay.

“What is notable is the slightly convective nature of those clouds and that they hug the coast of Bristol Bay, while skies over land are clear,” National Weather Service meteorologist Sam Albanese pointed out.