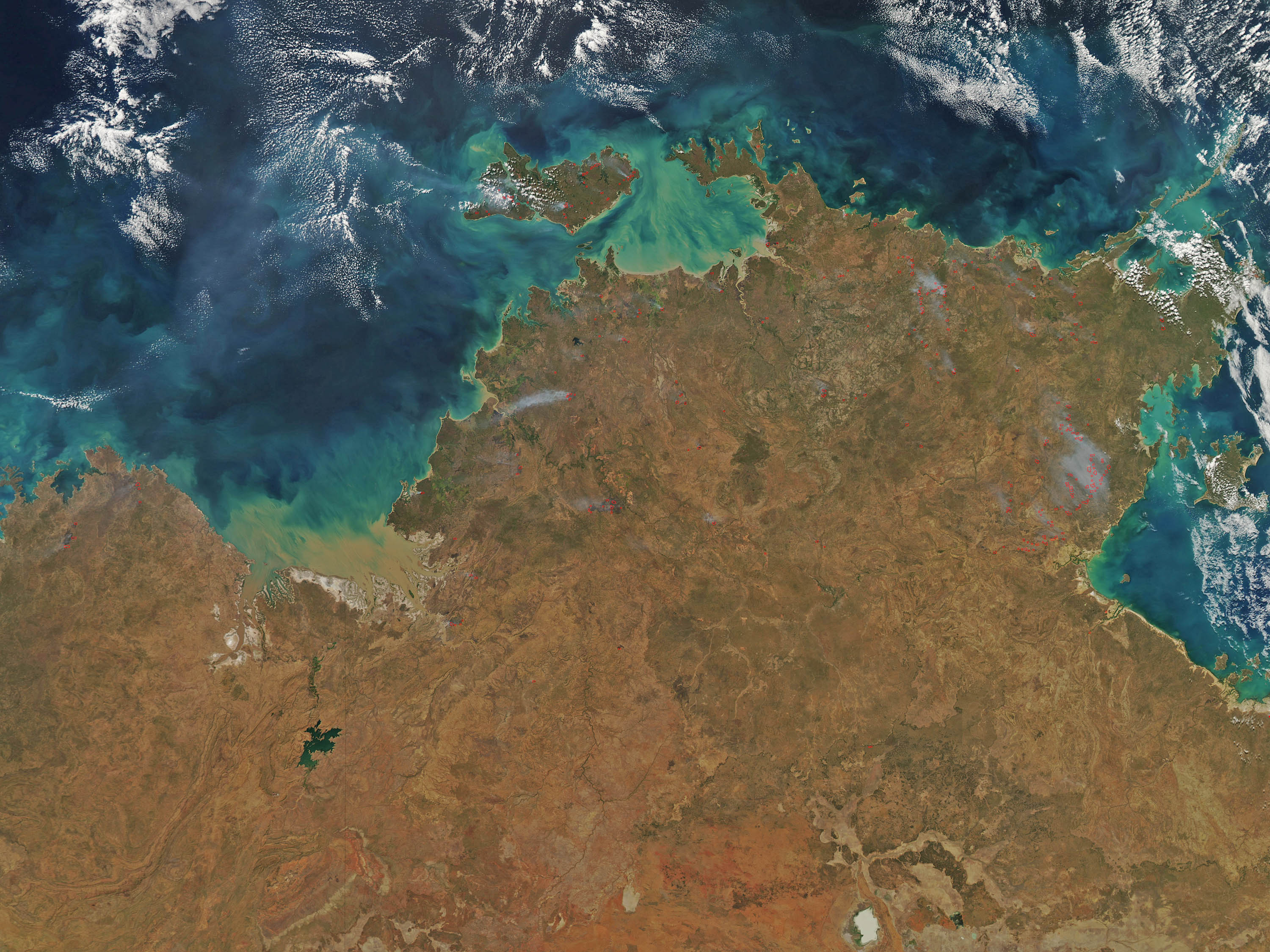 However, it includes several sources of Australian exports, being coal from the Great Dividing Range in Queensland/New South Wales and the natural gas and iron ore of the Pilbara region in WA. It also includes major natural tourist attractions, such as Uluru (Ayers Rock), the Great Barrier Reef and the Kakadu National Park. NASA’S view.

Almost all of Northern Australia is a huge ancient craton that has not experienced geological upheaval since the end of the Precambrian. The only exception to this generalisation is the Wet Tropics of northern Queensland, where active volcanoes have been present as recently as the Pleistocene.
The vast craton in the north and west contains a number of quite rugged mountain ranges, of which the highest are the MacDonnell and Musgrave Ranges on the southern border of the Northern Territory. These rise to over 1,500 metres (4,900 ft), but the most spectacular features are the deep gorges of rivers such as the Finke. Most of the craton, however, is distinctly flat and generally low-lying with an average elevation of around 400 metres (1,300 ft), whilst in the Lake Eyre Basin most of the land is not far above sea level.