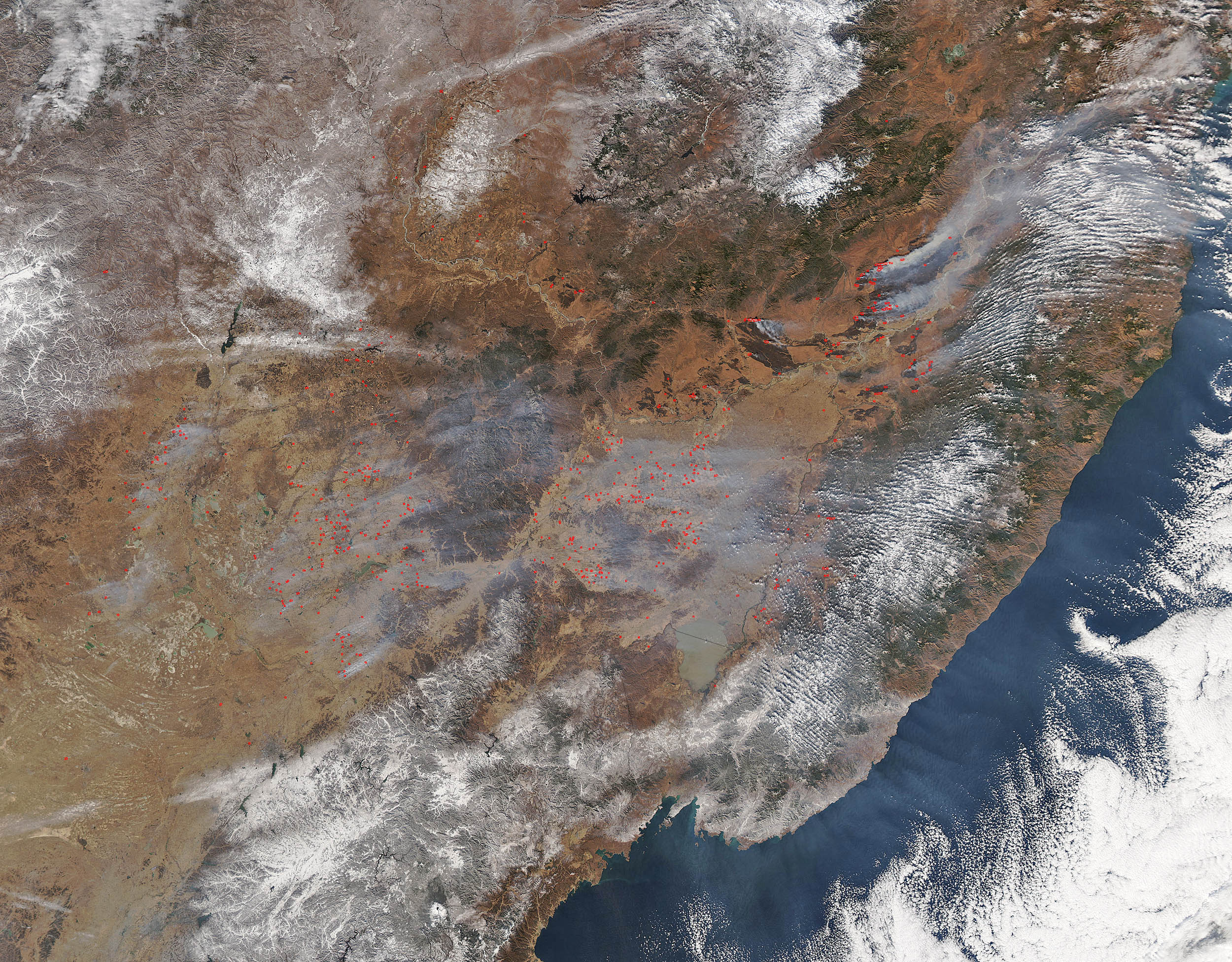 Wildfires continued to burn across eastern China and Russia in early November, despite falling temperatures and snowfall. The Moderate Resolution Imaging Spectroradiometer (MODIS) aboard NASA’s Aqua satellite captured this true-color image on November 1, 2016.

Dozens of red hotspots cluster in several locations in eastern China and Russia as smoke washes the region in a light gray haze. Each hotspot marks an area where the thermal bands on the instrument detected high temperatures. When combined with smoke, as in this image, such hotspots are diagnostic for actively burning fire.

The Russian fire season began early this year. Following a dry and warm winter, hotspots began to be seen as early as April.