The 11 most eco-friendly celebrities today • Earth.com 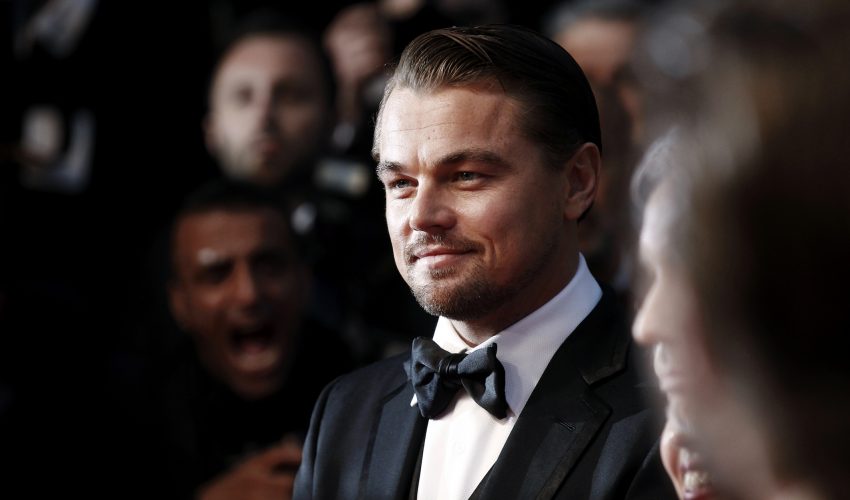 The 11 most eco-friendly celebrities today

Earth.com would like to acknowledge the famous folks who manage to use their platform to make a positive impact on the world and the environment. Here are the 11 most eco-friendly celebrities on the scene today.

Leonardo DiCaprio is probably the most well known eco-friendly celebrity. Not only has he been campaigning for the preservation of oceans, rainforests, and Antarctica since 1998, he’s also been working to provide access to clean drinking water and supported countless organizations like African Wildlife Foundation that work to protect endangered species. Named the UN Messenger of Peace on Climate Change in 2014, DiCaprio has also converted his New York City apartment to “Riverhouse,” rumored to be one of the world’s most eco-efficient urban dwellings.

Black Eyed Peas frontman will.i.am partnered with Coca-Cola and W Hotels Worldwide to develop the sustainable fashion and design brand, EKOCYCLE. Of the project, will.i.a.m says, “I’m on a mission to educate and inspire consumers around the globe to seek out more sustainable lifestyle choices that will ultimately play a part in the movement toward a world with zero waste.”

In 2008, singer Jack Johnson used profits from touring to create the Johnson Ohana Charitable Foundation, a nonprofit working to promote positive change in environmental, arts, and music education. He donated 100 percent of  profits from his touring between 2008-2013 to environmental charities. He has a “Tour Greening Report” on his website that helps fans track the ways he and his crew are working to minimize the environmental impact of the tour. He has also been named a United Nations Goodwill Ambassador for its Environment Programme.

Rosario Dawson has been fighting for the environment for over a decade. As far back as 2005 she was working with the United Nations on summits aimed at preserving the environment and with Global Cool Foundation in helping direct consumers to clean-energy alternatives. Her recent work in Water Defense helped save the Delaware River, which supplies drinking water to 15 million people, from natural gas extraction known as fracking. She also supports Global Green USA.

Mark Ruffalo has also been a vocal opponent of fracking, or drilling to extract natural gas and oil, and continues to advocate for replacing fossil fuels with renewable energies. He posted an open letter to Hugh Grant, the CEO of biotech giant Monsanto, about the ways the company’s food monopoly is “poisoning people.” If that wasn’t enough, Ruffalo also founded Water Defense, a nonprofit whose mission is “to use technology and public engagement to keep our waterways and drinking water sources free from contamination and industrial degradation.”

In 2010, actor Don Cheadle was named Goodwill Ambassador for the United Nations environment agency. At a ceremony in Rwanda marking World Environment Day, Cheadle said, “I would love it if we were able to live in a world which is in harmony with its environment. But it is money over people, money over environment, money over everything.” He added, “I am surprised the environment is not at the top of the agenda. What is more important than clean air and a healthy planet?”

Academy Award winning actress Cate Blanchett, who supports Australian Conservation Foundation and SolarAid, has long been vocal with her concerns about global warming. “I care about climate change because of our children. I want to safeguard their future. It is a situation that affects each and every one of us, in this country and around the world.” She added, “It is a crisis that provides us with an opportunity to change for the better. To change the way we consume, the way we think and the way we behave. By assuming responsibility, we protect and respect the generations behind us.”

Singer Akon grew up with firsthand knowledge of the challenges 600 million Africans face daily while living without electricity. He founded the Akon Lighting Africa Project, which works to “provide a concrete response at grassroots level to Africa’s energy crisis and lay the foundation for future development.”

Russell Simmons, hip-hop mogul and author of “The Happy Vegan,” has been vegan for almost 20 years. His Argyleculture vegan fashion brand helped make him PETA’s Person of  the Year in 2011. “The horrible abuse of animals is the worst karmic disaster in the history of humankind,” said Simmons. “The work that PETA does to combat this catastrophe is amazing. I’m truly humbled to be chosen as this year’s Person of the Year, but the praise should go to the hundreds of thousands of volunteers that are on the ground doing the work. I accept this honor on their behalf.”