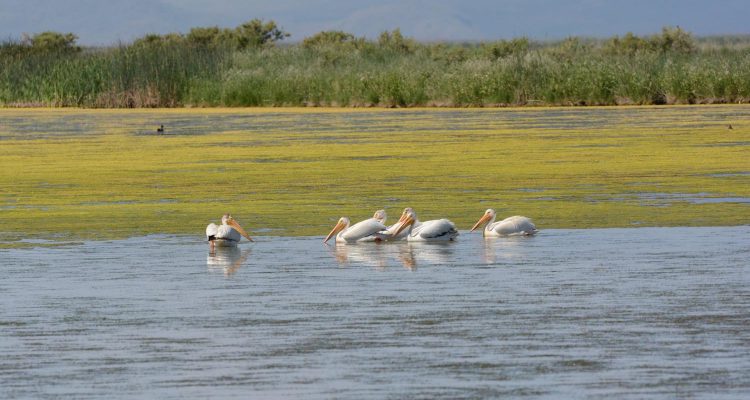 The Bear River Watershed Conservation Area was established Thursday, covering a total of 7,000-square-miles in Idaho, Utah, and Wyoming. This project has been in the public planning stages for years and included an environmental assessment, with the initial plan having been completed in 2013.

Officials at the U.S. Fish and Wildlife Services say that this is part of a plan to protect wildlife habitat by buying perpetual conservation easements from private landowners. These easements will help preserve agricultural lands that are being increasingly converted into residential developments. In the process, the wildlife that uses these lands will be protected from habitat destruction.

This conservation area includes national wildlife refuges in each of the three Western states, as well as the 500-mile Bear River that flows into the Great Salt Lake ecosystem. The Bear River begins in the Uinta Mountains in Utah and flows north into Wyoming before turning into Idaho and flowing south back into Utah. This river is unique in that it has no outlet to the ocean and it ends its winding 500-mile path just a mere 60 miles from where it originates.

This conservation effort is important, as the Bear River watershed is an integral ecosystem for migrating birds traveling over the Central and Pacific flyways. It also links migratory routes for elk, pronghorn, and other mammals.

Conservation easements such as this one generally allow traditional activities such as livestock grazing and haying, but prohibit subdivisions or conservation of the native grassland into land for crops. This land stays under private ownership, with public access being controlled by the landowner.

Fish and Wildlife reported that it received a 30-acre conservation easement donation back in June in Box Elder County, Utah. After review and approval of the donation, a notice was posted in the Federal Register formally announcing the establishment of the Bear River Watershed conservation area.

U.S. Fish and Wildlife Services says that they had received wide interest in the conservation area prior to its formation. Bob Barrett, project leader and manager of the Bear River Migratory Bird Refuge for Fish and Wildlife in Utah, noted, “The sense of good land stewardship is widely shared in all three states.”