2017 to become the most active hurricane season in centuries • Earth.com 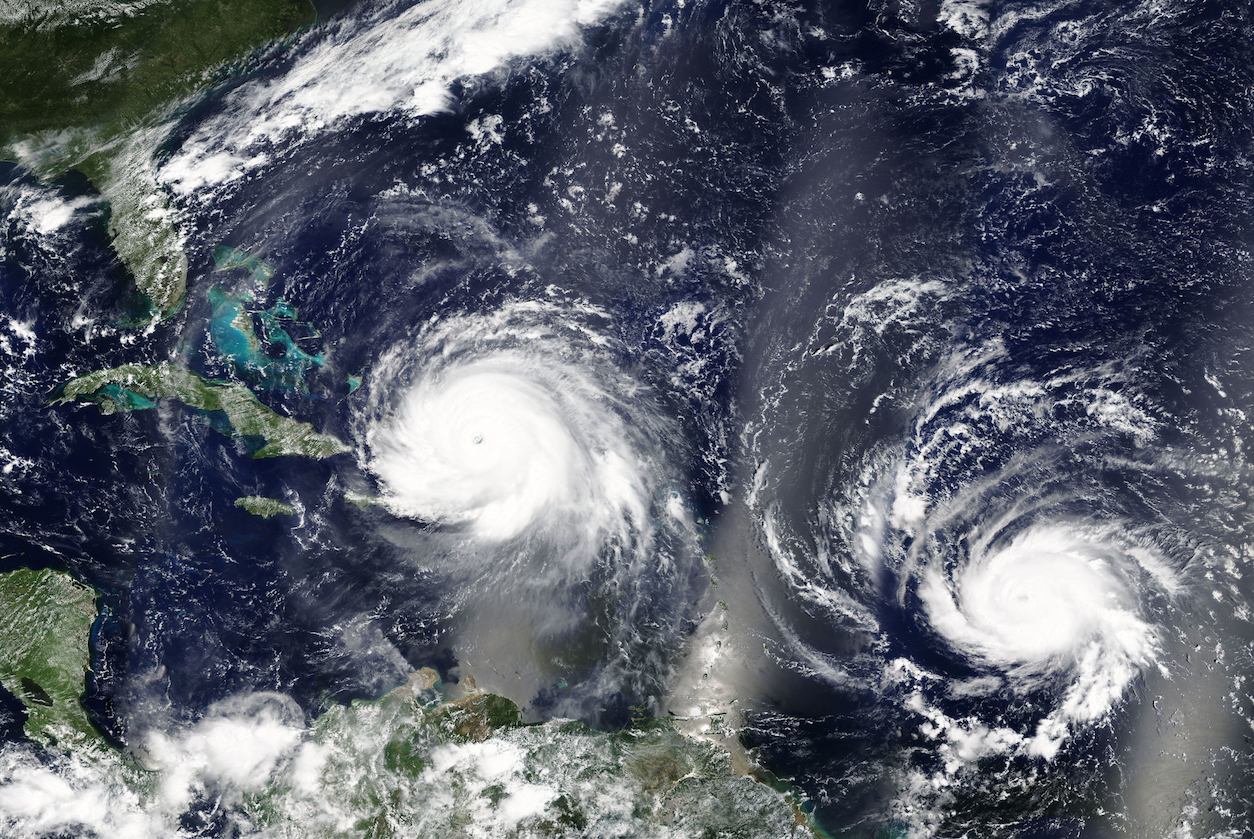 2017 to become the most active hurricane season in centuries

According to the National Hurricane Center, yet another tropical storm has formed in the Atlantic Ocean and is now about 860 miles west-southwest of the Azores Islands on Monday, October 9th. The tropical storm, named Ophelia, has yet to pose any threat to land, but marks the 15th storm in an unusually overactive 2017 hurricane season.

According to CNN, Ophelia is forecasted to become a hurricane by Friday, making it the 10th hurricane this year.

This hurricane season has been catastrophic to parts of the Caribbean, Texas, and Florida, and is now becoming record-breaking, matching only a few seasons in the late 1800s.

Of the fifteen storms this season, five have been major hurricanes, and three of those were at Category 5.

According to experts, this season has been especially active due to the perfect conditions falling into place at the right time.

“What’s making this season so busy is a combination of timing and luck,” Brian McNoldy, a hurricane researcher at the University of Miami Rosenstiel School of Marine and Atmospheric Science, told the Miami Herald.

The lack of shear winds, or buffeting and competing winds, that can break up a hurricane’s forceful trajectory, helped create the major wind speeds.

The warm temperatures in the Gulf of Mexico drove Hurricane Harvey to create record-breaking precipitation. According to McNoldy, the storms avoided the mountainous Caribbean islands that would also have buffered their potency.

Back in May, the National Oceanic Atmospheric Administration predicted a more-active-than-normal hurricane season.

“The last time storms intensified into ten consecutive hurricanes was in 1878, 1886 and 1893, although without satellites it’s possible some storms in between were missed,” Phil Klotzbach, a Colorado State University meteorologist, told the Miami Herald.

Meteorologists and scientists note that the Atlantic hurricane season isn’t over yet, with the month of October still to go.