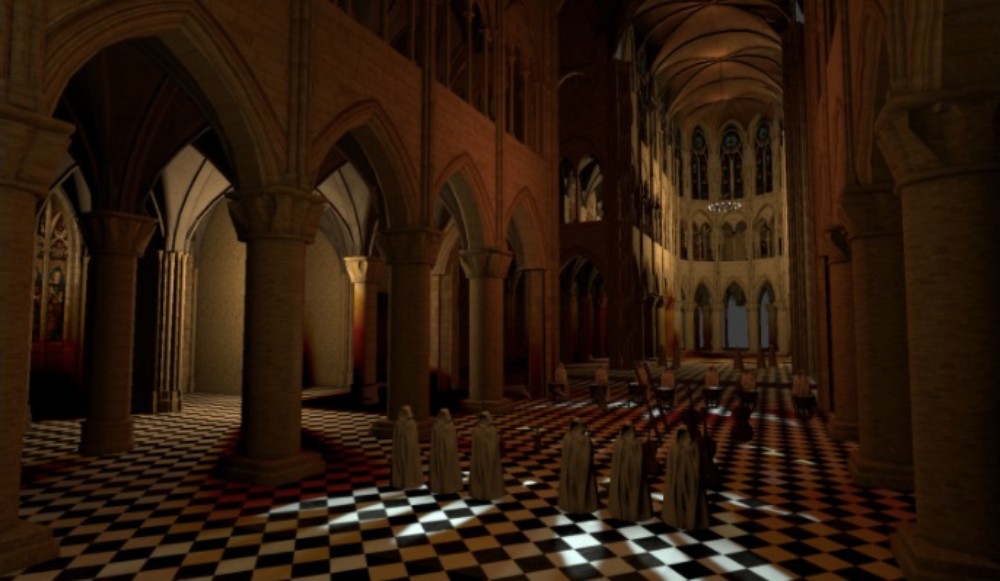 Want to hear an orchestra perform in Paris’ Notre Dame Cathedral? It may be out of reach in reality, but new 3-D audio technology means it may soon be a possibility in virtual reality.

The Ghost Orchestra project – an undertaking of the Laboratoire d’Informatique pour la Mécanique et les Sciences de l’Ingénieur, or LIMSI, and the Conservetoire de Paris – is a unique project that investigates how sound can affect humans’ perception of space.

The project revolves around a particular performance of “La Vierge,” a 19th century oratorio by J. Massenet. The piece was performed live at Notre Dame during the cathedral’s 850th anniversary in 2012-13.

The concert was recorded by the Conservatoire de Paris, with the guidance of the LIMSI researchers. Each instrumental section was recorded, as were all of the soloists.

The researchers then enhanced the recordings using data about the acoustics of the cathedral. They also developed a virtual version of Notre Dame that the listener can move around – and the shifting virtual acoustics change how the concert is heard.

The acoustical experiment is pushing the boundaries of how 3-D audio can be integrated into virtual spaces.

“3D-audio is the hot topic today in virtual reality that is currently a very active subject in both academic and industrial research,” said Dr. Brian F.G. Katz, who led the project. “With the commercialization of affordable VR systems – the cheapest allowing for VR on smartphones – spatial audio is rapidly emerging from the laboratory.”

Katz will present the project today at Acoustics ‘17 Boston.

The LIMSI team hopes to continue working on 3-D audio and virtual reality projects such as simulations of live theatrical performances.

“Aside from the acoustics in this project, I think we definitely learned a lot about computer graphics and VR content production, which has opened up a lot more dialogue with those communities that we intend to pursue,” Katz said.