The past 5 years have been the hottest on record, UN report finds • Earth.com 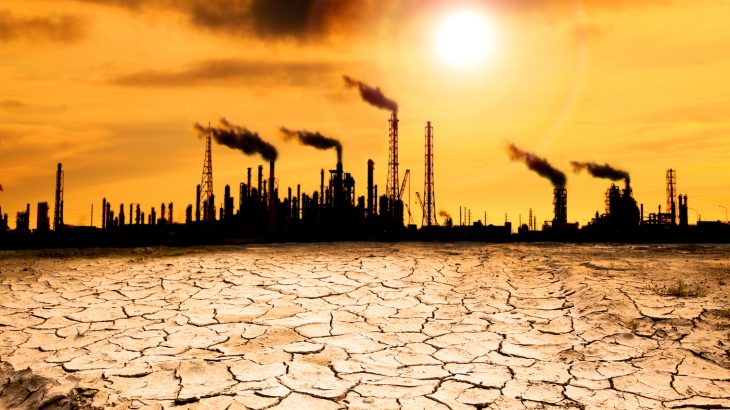 The past 5 years have been the hottest on record, UN report finds

A new report from the United Nations warns that the world has fallen badly behind in the race to avert climate disaster. The five-year period ending in 2019 is set to be the hottest on record, and carbon emissions have risen by 20 percent within this time frame, reaching a record high of 37 billion tons.

The research, which was conducted by the World Meteorological Organization (WMO), reveals that climate change is accelerating, with sea levels rising and ice sheets melting faster than ever before.

The authors of the report say that it “highlights the urgent need for the development of concrete actions that halt global warming and the worst effects of climate change.”

The past four years were already established as being the hottest in recorded history. The five-year period ending in 2019 is estimated to be 1.1 degrees Celsius above pre-industrial times and 0.2 degrees Celsius warmer than 2011-2015, according to the researchers.

During the 2015 Paris Agreement, countries set national targets to reduce greenhouse gas emissions in an international effort to limit warming to 1.5 or 2 degrees Celsius.

As carbon dioxide levels continue to rise, there is still no sign of reaching “peak emissions,” which is when atmospheric CO2 levels will begin to fall. In 2018, global carbon dioxide reached 407.8 parts per million and will likely exceed 410 ppm by the end of this year.

“The last time Earth’s atmosphere contained 400 parts per million CO 2 was about 3-5 million years ago,” the UN report states. At that time, ice sheets had vanished from the poles and the oceans were 10 to 20 meters higher than they are today.

The researchers also found that heat waves were the deadliest weather hazard in the last five years. July of 2019 was the hottest month ever recorded.

As the report was released on Sunday, 250 people dressed in black climbed the Pizol mountain in northeastern Switzerland to hold a wake to mark the disappearance of an Alpine glacier. Eric Petrini, the chaplain of the Mels municipality where Pizol is located, called on “God’s help to tackle the enormous challenge of climate change.”

Earlier this year, researchers at ETH Zurich announced that, at the current rate of emissions, more than 90 percent of Alpine glaciers will disappear by the end of this century.