July 2019 was officially the hottest month ever recorded • Earth.com 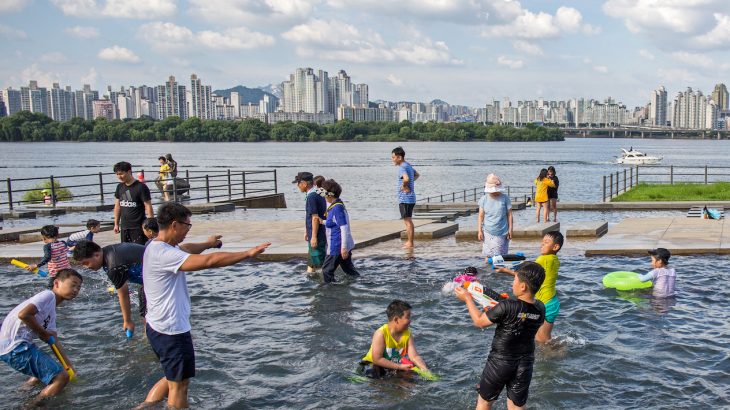 July 2019 was officially the hottest month ever recorded

The National Oceanic and Atmospheric Administration announced on August 15th that July 2019 was 1.71 degrees Fahrenheit warmer than the average 56.7 degrees Fahrenheit, which makes this past July the hottest month ever recorded.

The super-hot month of July followed the hottest June on record, which was about .71 degrees Fahrenheit above average. And the record-breaking temperature trend is destined to continue if greenhouse gas emissions are not curbed immediately.

“If you put all of the Julys for the last 20 or 40 or 100 years, there’s a clear trend upward,” Michael Allen, a climate scientist at Old Dominion University, told Time. “That’s the concern — that long-term trend. Not a single day or single month in particular.”

July is usually the hottest month of the year worldwide, therefore it makes sense that record-setting hot temperatures would peak during the summer months. And because of El Niño’s presence, July 2019 temperatures were destined to be hotter than average.

But the drastic increase in heat witnessed this year can only be blamed on climate change.

These creeping temperatures have the most troubling effect on the Arctic, where ice is melting at a quickening pace. In fact, the average amount of sea ice was at a record low (19.8% below average) this July compared to its previous record-breaking low in July 2012. Fast-melting ice in the Arctic leads to worldwide sea level rise, and therefore, erosion, floods, and freshwater contamination.

Furthermore, heat waves can have negative effects on human health — specifically those living in urban areas where people live in close, hot, and stuffy quarters. And when high temperature-caused wildfires ignite near these urban locations, as they did this summer in Siberia, Russia, and Alaska, the health situation can become even more dire with the presence of smoke and ash in the air.

“Greenhouse gas pollution traps heat in the atmosphere, which has consequences,” James Butler, director of NOAA’s Global Monitoring Division, said in May, per Time. “There’s no getting around it — burning fossil fuels is changing the course of our planet’s future. How society deals with that will be a major challenge in coming decades.”