Beneath Turkey, a 50-day earthquake came and went and nobody noticed • Earth.com 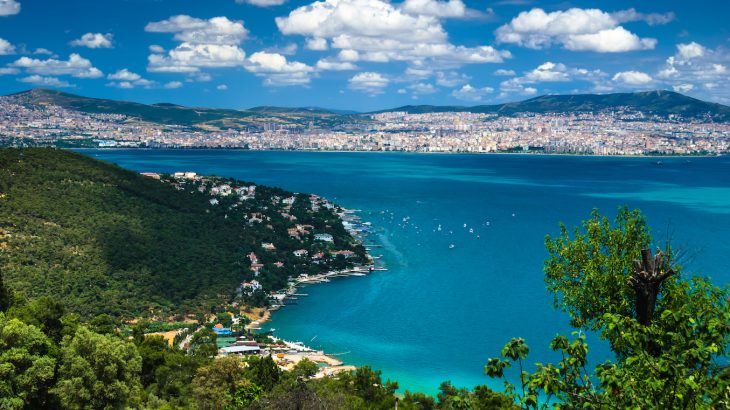 Beneath Turkey, a 50-day earthquake came and went and nobody noticed

In 2016, Turkey experienced a magnitude 5.8 earthquake that lasted over two months, but it didn’t make headlines, and no one felt any shaking.

This is because the earthquake was a slow slip event, where movement along a fault line is so gradual and consistent that it doesn’t release the waves of seismic energy that your average earthquake does.

A study led by the GFZ German Researcher Centre for Geoscience monitored Turkey’s slow-slip event and helped shed insight into the phenomenon.

The research was published in the journal Earth and Planetary Science Letters.

Sometimes referred to as “phantom quakes,” the lack of notable seismic activity means that seismometers are not able to detect them which makes studying slow-slip events challenging.

Slow-slip events like Turkey’s marathon quake are common and depending on where you live, there could be an earthquake happening right under your feet, and you wouldn’t even realize it.

The first slow-slip events were discovered along the Cascadia Subduction Zone in the 2000s, and soon after reports of slow-slip earthquakes were recorded in New Zealand, according to National Geographic.

Stick-slip refers to a fault that gets stuck before the build-up of energy becomes too great, and the fault ruptures causing a major quake.

Aseismic creep describes the slow and steady creep of a fault that produces no seismic activity. When slow-slip events were added to the mix, geologists realized that fault slips were far more complex than previously thought.

“Slow slip events made us realize that there’s a whole spectrum of fault slip between the two,” Rebecca Bell, a senior lecturer studying tectonic evolution at Imperial College London who was not part of the study, told National Geographic.

While they can be difficult to monitor, the researchers placed seismic monitoring equipment in boreholes in the Sea of Marmara off the coast of Turkey that specifically measured the slow deformation of the rocks around the holes.

This allowed the researchers to monitor the earthquake in its entirety providing a unique glimpse at the processes that underlie a slow-slip event.

There is also a possibility that slow-slip events may precede larger catastrophic earthquakes and so by studying slow-slip earthquakes, it may soon be possible to forecast major destructive earthquakes.