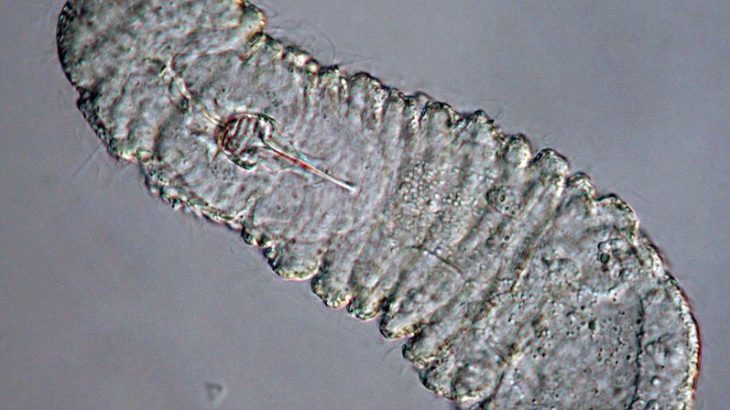 In 1911, a 500-million-year-old worm named Amiskwia was described by paleontologist Charles Doolittle Walcott. He compared it to modern arrow worms known as chaetognaths, which are fierce predators in the ocean that use spines on their head to grasp their prey.

More than 50 years after Doolittle Walcott came up with this theory, however, scientists rejected his interpretation because they could not find evidence of the grasping spines. They suggested it could be a ribbon worm, or a distinct lineage with only distant relatives remaining today.

When Dr. Jakob Vinther from the University of Bristol studied specimens of Amiskwia at the Smithsonian Institution, he discovered something that had been missed before.

“I coated the specimen with ammonium chloride smoke to make the relief of the fossil stand out and then I could see that in the head was a pair of robust elements,” said Dr. Vinther.

He interpreted these structures as a set of jaws, which strongly resembled the distinctive jaws of a group of microscopic worms called gnathiferans. The scientists realized that Amiskwia had the jaw of a gnathiferan, but the body of an arrow worm.

“The bizarre combination of anatomy seemed altogether alien back in 2012,” said Dr. Vinther. “Some people have proposed that there could be a relationship between arrow worms and gnathiferans based on their shared possession of a jaw apparatus, both made of a substance called chitin.”

“However, there was little other evidence to suggest a relationship, such as evidence from phylogenetic analyses of DNA.” 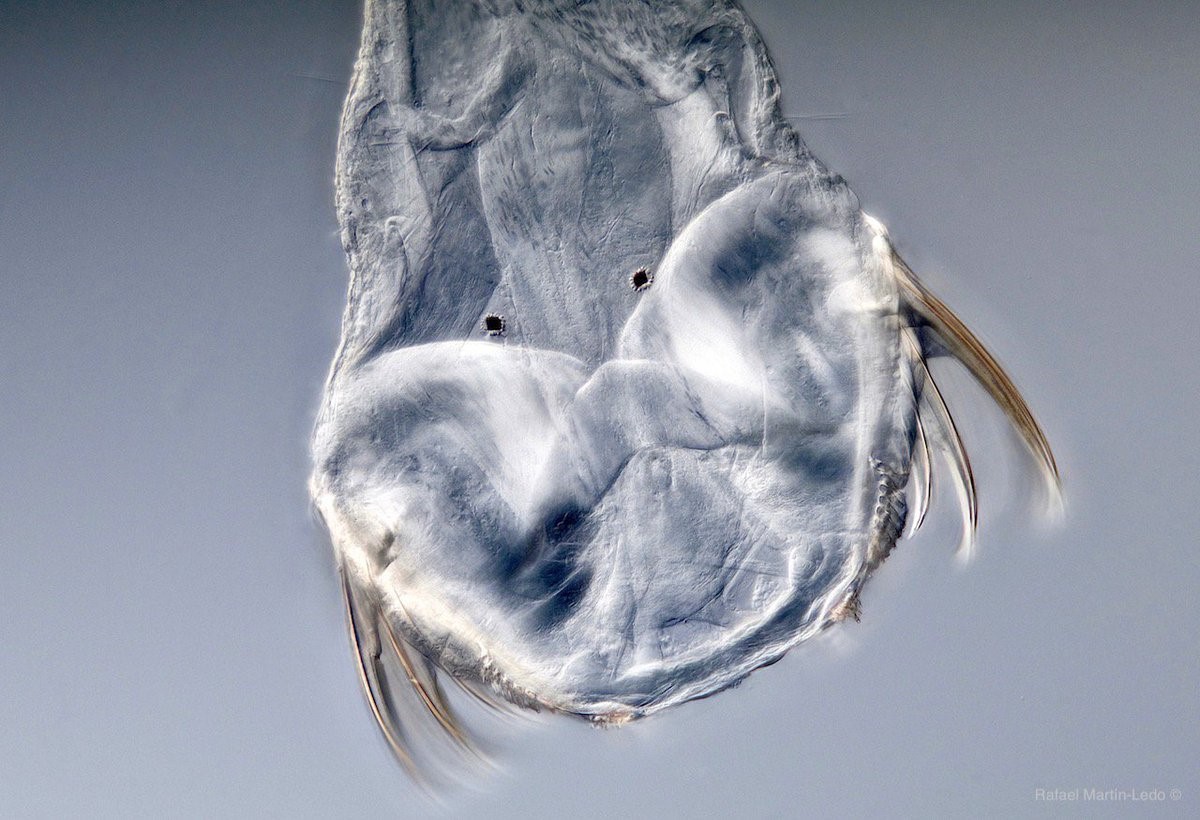 Study co-author Luke Parry added, “It altogether seemed like heresy to propose that gnathiferans and arrow worms may be related back then so we held off publishing our intriguing results out of fear of criticism from our peers. However, new DNA studies have since emerged that found arrow worms to be more and more closely affiliated to the Gnathifera in the Tree of Life.”

“In particular, some researchers found that arrow worms share a duplication of the important Hox genes with a gnathiferan, the rotifers. We suddenly felt no more in a deadlock situation.”

The new phylogenetic study found evidence to support the theory that arrow worms formed an evolutionary group with gnathiferans.