A diet rich in fiber and protein can help overweight dogs • Earth.com 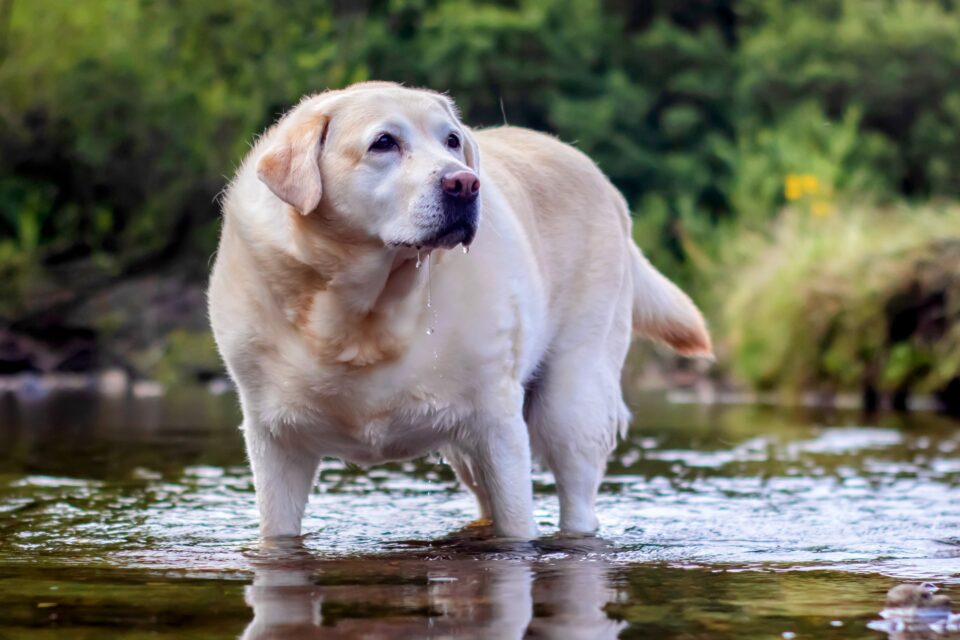 The body composition and inflammatory benefits associated with a high-protein and high-fiber diet has been mostly applied to humans. A healthy and balanced diet, when combined with exercise, is the best way to help humans lose weight. A new study from the University of Illinois Urbana-Champaign has confirmed that this is the case for dogs, as well.

The researchers investigated changes in the fecal microbiota of dogs over the course of feeding them a high-protein and high-fiber diet for 24 weeks. This diet was found to affect body composition and inflammatory markers in a way which was parallel to the positive changes that humans saw while eating similar foods.

Ultimately, this meant that the dogs managed to lose weight while reducing their serum triglycerides, insulin and inflammatory markers, in addition to maintaining their muscle mass.

“Some of the problems we see in humans with obesity also occur in pet dogs,” said study lead author Kelly Swanson. “There’s added stress on the joints, there’s an intolerance to exercise and heat; there’s also glucose intolerance, insulin resistance. And if you look at pet insurance claims, obesity is a big factor there.”

Despite these similarities, dogs and humans differ in terms of the species of microbes that inhabit their gut. However, all of these microbes serve similar purposes: metabolizing proteins and other nutritious molecules, breaking down fiber to regulate glucose and appetite, providing energy to the colon and bolstering the immune system.

The dogs were found to have lower levels of ammonia in their feces, along with increased proportions of a bacteria named Allobaculum. The presence of this type of bacteria correlates with an increase in fecal butyrate, a process which ultimately uses dietary fiber to provide anti-inflammatory and anti-carcinogenic benefits to the gut.

Despite the increase in these organic and helpful acids, there was no observable change in concentrations of short-chain fatty acids. It is assumed that this is due to the fact that most of these acids are absorbed as opposed to excreted, and therefore were not present in the animal feces.

The study is published in the Journal of Animal Science.