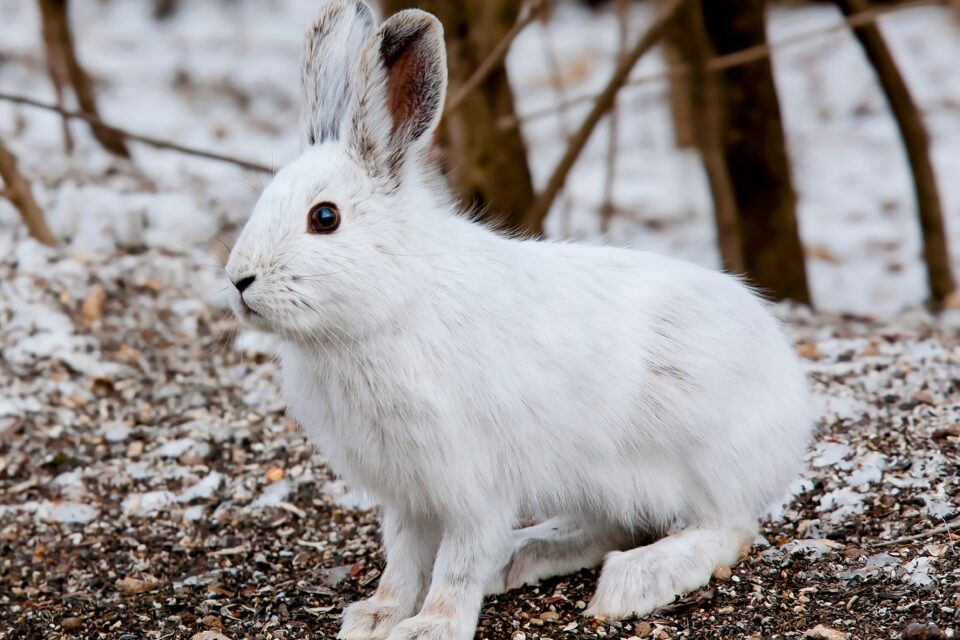 A new study led by the Memorial University of Newfoundland in Canada has found that snowshoe hares are starting to lose their camouflage abilities due to climate change. Mismatched traits, such as coat color change misaligned with seasonal patterns, generally decrease survival rates in animals. But now, researchers discovered that in the case of the snowshoe hare, coat change functions may actually confer advantages that supersede mismatch costs.

Snowshoe hares are typically found in northern United States and Canada, and until recently, would turn white in the winter, and rusty brown in the summer and autumn, in order to appear less visible to a wide range of predators, such as foxes, coyotes, or bobcats.

However, with climate change altering seasonal patterns, snowshoe hares’ coat colors are becoming increasingly mismatched with their environments, making scientists worry that their mortality risks due to predation will increase. Strangely, this has not happened: only one in seven hares that were captured by predators were mismatched.

Researchers studied 347 snowshoe hares in southwest Yukon during three autumns and four springs between 2015 and 2018. They found that white coated hares rummaging through a brown autumn environment did not face more danger than their matched counterparts. In fact, they even seemed to fare better. “We found that mismatch reduced rather than increased autumn mortality risk of snowshoe hares in Yukon by 86.5 percent,” said the study authors.

The scientists suspect that the white coating might provide more insulation which helps hares spend less energy while foraging. “We suggest that the increased coat insulation and lower metabolic rates of winter acclimatized hares confer energetic advantages to white mismatched hares that reduce their mortality risk,” they explained.

Moreover, the researchers discovered that during autumn, white mismatched hares foraged between 17 and 77 minutes less per day than the matched brown hares, thus lowering their predation risk and increasing survival.

However, no effects of mismatch on spring mortality risks were found. According to the study authors, this suggests “a potential temperature limit where the costs of conspicuousness outweigh energetic benefits.”

With climate change accelerating, it is not yet clear how the snowshoe hares’ traits, behavior, and survival rates will evolve. Further research is needed to understand how animals adapt to major and rapid environmental changes.