Above normal blood pressure may cause the brain to shrink • Earth.com 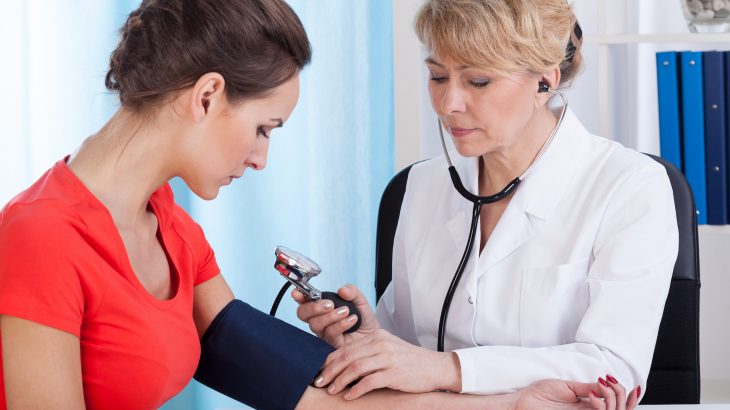 Above normal blood pressure may cause the brain to shrink

The definition of “high blood pressure” may need to be reevaluated after a new study has found that having just above normal blood pressure can impact brain size.

Researchers from the Max Planck Institute for Human Cognitive and Brain Sciences examined brain scans and blood pressure measurements to see if there was a link between reduced gray matter in the brain and higher than normal blood pressure.

The findings of the study were published in an online issue of the journal Neurology.

“Previously the assumption has been that brain damage related to high blood pressure results over years of evident disease, but our study suggests that subtle changes in the brain’s gray matter can be seen in young adults who have never been diagnosed with high blood pressure,” said Arno Villringer, an author of the study. “More research should be done to investigate whether this could increase the risk for stroke, dementia and other cerebrovascular diseases later in life.”

423 people with an average age of 28 took part in the study and underwent an MRI brain scan and had their blood pressure measured. 41 percent of the participants had normal blood pressure, 29 percent had pressure levels ranging from 120/80 to 129/84.

The MRI scans showed loss of brain volume in the participants with blood pressure above normal.

As blood pressure readings increased, the researchers found that gray matter volume decreased among the participants.

Further research is needed to help explain this relationship and why high blood pressure impacts brain volume, but the results indicate that blood pressure should be carefully monitored early on.

“While the study does not prove that above normal blood pressure causes these gray matter alterations, this research suggests that treating high blood pressure or maintaining lower blood pressure in early adulthood might be essential for preventing the cascade from silent brain changes with no symptoms to organ damaging conditions such as stroke and dementia,” said Villringer.