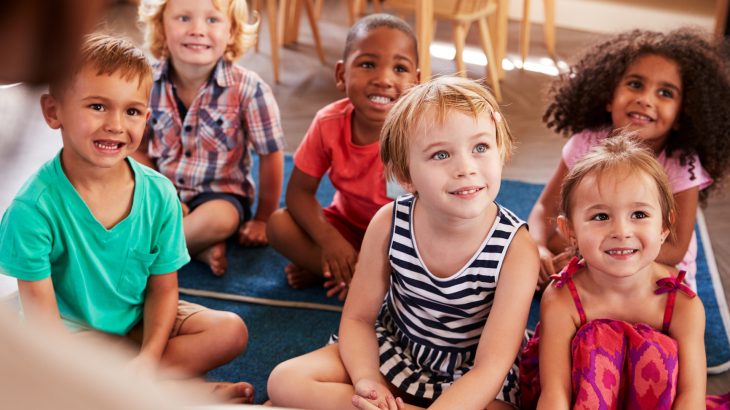 Academic skills gained in preschool have long-term benefits for children

In a new study published by the Society for Research in Child Development, researchers have investigated the outcome of a program that was developed to improve the quality of preschool for low-income children. The focus of the research was to explore how this preschool program may have impacted the academic performance of the students when they reached high school.

The Chicago School Readiness Project (CSRP) was an experimental teacher development and coaching intervention that was implemented in 35 Head Start classrooms in 2004 and 2005. Head Start centers are federally funded to accommodate preschool students from low-income families. Sites were selected for the study based on their location in high-crime, high-poverty neighborhoods in Chicago, and were randomly assigned to the intervention group or to a control group.

The researchers determined that the CSRP boosted the children’s grades in high school years later, which can be partially explained by academic gains made in preschool. The team also found some evidence that the program improved the students’ executive function skills, including impulse control and attention, which can be largely attributed to early improvements in math.

Study lead author Dana Charles McCoy is an assistant professor of Human Development and Psychology at the Harvard Graduate School of Education.

“Our results point to the sustained impacts of interventions that provide quality enhancements to existing preschool programming,” said Professor McCoy. “In disadvantaged contexts, efforts to improve the well-being of preschool teachers and classroom management appeared to result in long-term benefits for children’s academic outcomes, even in the absence of additional supports for instruction.”

The high school grades of the CSRP participants were found to be increased by approximately one-quarter of a letter grade. According to the experts, this is primarily due to preschool gains in vocabulary and math skills. The study suggests that short-term improvements in these particular skills laid the groundwork for more advanced academic competencies over time.

“Given recent increases in state and federally funded preschool participation, it’s important that we understand both the short- and the long-term impacts of early interventions, as well as the skills that may account for these effects,” said study co-author Professor Stephanie Jones.