The secret to accessing water on the surface of Mars • Earth.com 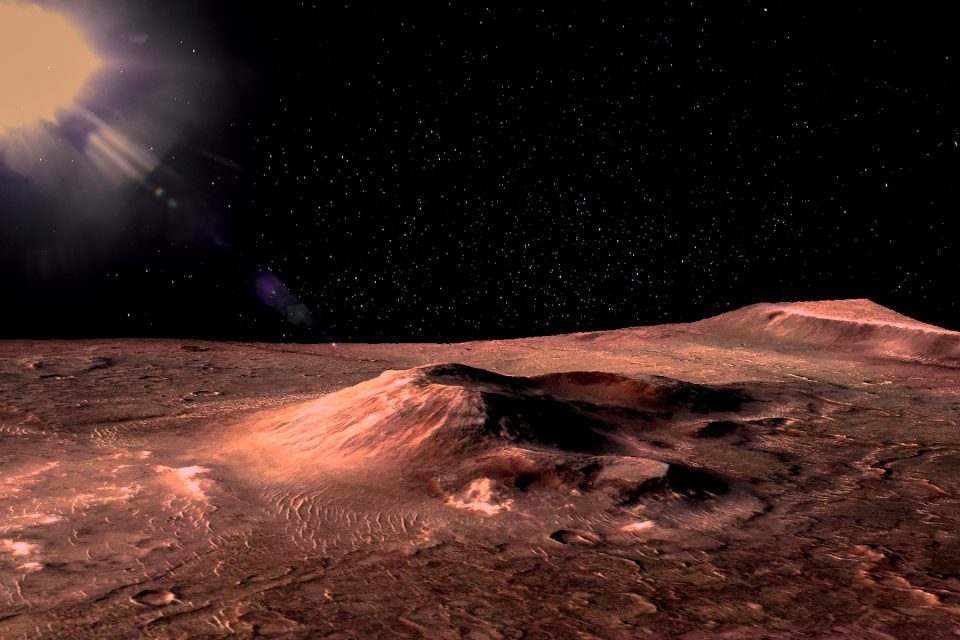 The secret to accessing water on the surface of Mars

Other than oxygen, water is probably the most important substance us humans need to survive, whether we’re on Earth or have travelled great distances to another planet. Were we to ever colonize Mars, one of the first problems we would need to solve for is finding a way for early colonizers to access fresh water.

It’s well known that Mars has gigantic ice sheets, and a new study from NASA now says these ice sheets could be used to create wells that produce enough water to sustain human life. Erosion has exposed eight ice sites – some only a few feet below the surface – which appear to be almost pure ice, according to the researchers who analyzed data from Mars Reconnaissance Orbiter.

The NASA study simulated how wells used on Earth could be used on Mars to drill into the ice sheets and melt the ice. The research team assessed how a type of reservoir called a Rodriguez well (or Rod well), developed in the 1960s by the US Army for camps in Greenland, could be used on the Martian planet.

“A review of available techniques for accessing and withdrawing water from these buried ice deposits led to a technique that appears to be feasible in the Martian environment: drilling through the overlying debris layer and creating an underground reservoir by heating the ice layer in place,” the authors wrote.

It’s possible that a Rod well on Mars could produce roughly 380 liters of water per day, which is close to the average daily water use per person in the U.S. However, the average astronaut on the International Space Station uses 10-times less.

The ice sheet sites are located in both the northern and southern hemispheres of Mars, in areas equivalent on Earth to Scotland or the tip of South America. The researchers believe these spots are close to where humans would likely land on the planet. In some of these areas, the exposed deposit of water ice is more than 100 meters thick.

Researchers also believe there could be a lot of scientific value in sampling these ice sites, which may help us learn a great deal about the Red Planet. For now, we’re stuck here on Earth hoping discoveries such as these mean we’re inching ever closer to colonizing Mars.