Actors lose their sense of self while playing someone else • Earth.com 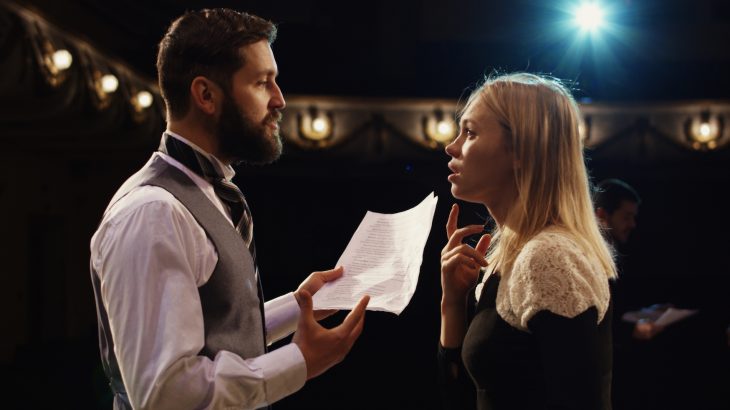 Actors lose their sense of self while playing someone else

Researchers at McMaster University have found that actors lose their sense of self while portraying a character. Brain imaging techniques revealed significant changes in activity after individuals took on the roles of other people.

“Portraying a character through acting seems to be a deactivation-driven process, perhaps representing a ‘loss of self,’” wrote the study authors.

The study was focused on 15 theater students and actors as they adopted the roles of characters including Shakespeare’s Romeo and Juliet. The participants were asked to respond to certain scenarios as either Romeo, Juliet, a friend, as themselves, or in a different language.

After the individuals performed the various exercises, they underwent MRI brain scans so the researchers could analyze any changes that may have taken place.

When the actors had performed as someone else, there was a notable drop in brain activity in the prefrontal cortex. This drop may represent the “loss of self.” In particular, the brain scans showed changes in two areas of the brain that are linked to a person’s sense of self.

A second part of the brain that is strongly interconnected with the prefrontal cortex was affected as well, but only when the actor was in character as Romeo or Juliet. These performances led to changes in the precuneus, which is associated with perception and mental imagery.

Study lead author Dr. Steven Brown is the director of the NeuroArts Lab in the Department of Psychology, Neuroscience, and Behaviour at McMaster University.

“It looks like when you are acting, you are suppressing yourself; almost like the character is possessing you,” said Dr. Brown.

The study published in the journal Royal Society Open Science.