Addiction to smartphones causes imbalances in your brain • Earth.com 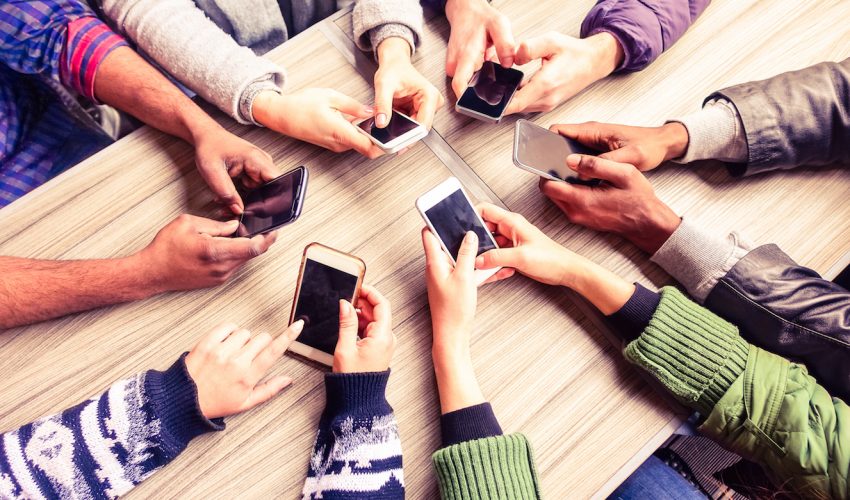 Addiction to smartphones causes imbalances in your brain

A recent Pew Research Center study found that almost half of Americans surveyed (46%) say that they could not live without their smartphones.

To the average American, this finding likely isn’t very surprising. You don’t have to go far in public to see a wide variety of people with their heads down staring at their phone. However, there has been a growing concern that young people may be spending too much time looking at their phones instead of interacting with those around them. This has led scientists to try to determine the effects this may have on the growing brain.

Their study analyzed the brains of 38 young people with a mean age of 15.5 years. Half of those surveyed had been diagnosed with internet or smartphone addiction, while the other half were controls. As part of the study, twelve of the addicted participants received nine weeks of cognitive behavioral therapy, modified from a cognitive therapy program for gaming addiction.

The researchers used standardized internet and smartphone addiction tests to measure the severity of internet addiction amongst the subjects. Questions on these tests revolved around the extent to which internet and smartphone use affects daily routines, productivity, social life, sleeping patterns, and feelings. The higher a participant scored on the tests, the more severe their addiction. The results showed that addicted teenagers had significantly higher scores in depression, anxiety, insomnia severity, and impulsivity.

Prior to the behavioral therapy, the researchers performed MRS exams on addicted youth and a single MRS study on the control patients in order to measure levels of gamma aminobutyric acid (GABA). They also measured levels of glutamate-glutamine (Glx). GABA is a neurotransmitter in the brain that inhibits or slows down brain signals, while Glx is a neurotransmitter that causes neurons to become more electrically excited.

The MRS results revealed that the ratio of GABA to Glx was significantly increased in the anterior cingulate cortex of smartphone- and internet-addicted youth prior to therapy when compared to the healthy controls. According to Dr. Seo, the ratios of GABA to creatine and GABA to glutamate were significantly correlated to clinical scales of internet and smartphone addictions, anxiety, and depression. Having too much GABA is linked to side effects such as drowsiness and anxiety.

More research will need to be done in order to flesh out the clinical implications of this study. However, Dr. Seo believes that the increased GABA in the cingulate gyrus shown in smartphone and internet addicts could be related to the functional loss of integration and regulation of processing in the cognitive and emotional neural network.

Luckily, the GABA to Glx ratios in addicted youth dropped significantly or returned to normal levels after cognitive behavioral therapy. Dr. Seo believes that understanding the pathophysiology behind why addiction leads to these problems will help us better understand and treat these 21st century addictions.