Smartphones causing kids to get much less sleep • Earth.com 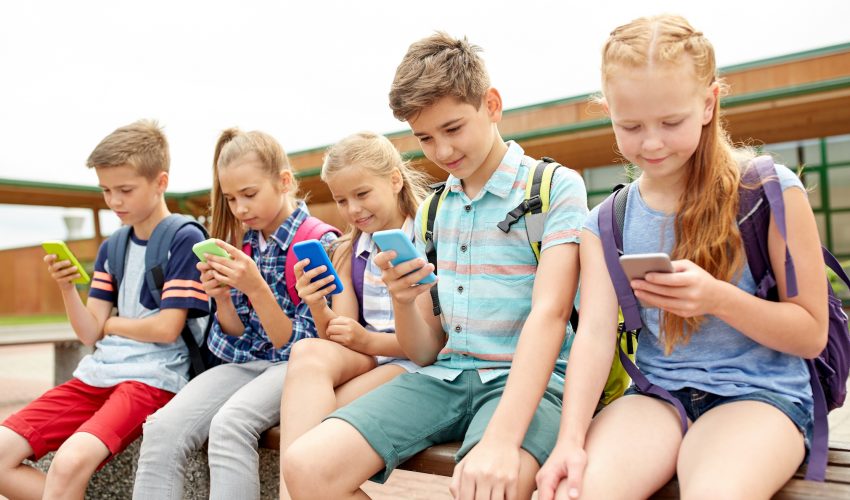 Smartphones causing kids to get much less sleep

A significant number of kids – and even babies – are using touchscreen electronic devices such smartphones and tablets – and it’s robbing them of the sleep they need. That’s what researchers from Birkbeck University of London and King’s College London uncovered when surveying 715 parents over their youngsters’ sleep and touchscreen habits.

They concluded that, for each hour of daily smartphone use, the young ones lost, on average, 16 minutes of sleep. The way that broke down was that the screen-using youngsters spent less time sleeping at night and more time napping during the day, but that overall sleep time was still insufficient. Also, it took longer to get the kids to sleep.

“These results indicate that the popularity and accessibility of touchscreen devices has led to high levels of usage by babies and toddlers, and this is associated with reduced sleep,” said Dr. Tim Smith, a research team member from Birkbeck University. “Future research is now needed to build on this initial study to try and understand whether touchscreen use is causing sleep problems and how types of use may mitigate these risks.”

The idea here is the need to find out which came first – the chicken or the egg? Does touchscreen use keep kids up, or are parents giving their toddlers the screens because they’re not sleeping anyway?

Not that there isn’t an upside to screen use among the very young. An earlier study from the same research team demonstrated that increased active use – that is, scrolling through pages and interacting with the content rather than merely watching a video – helped develop fine motor skills at an earlier age than non-users.

“Before totally restricting touchscreen use, which might have potential benefits, we need to understand in depth how to use this modern technology in a way that maximizes benefits and minimizes any negative consequences for young children,” said Smith.

The research was reported in Scientific Reports.