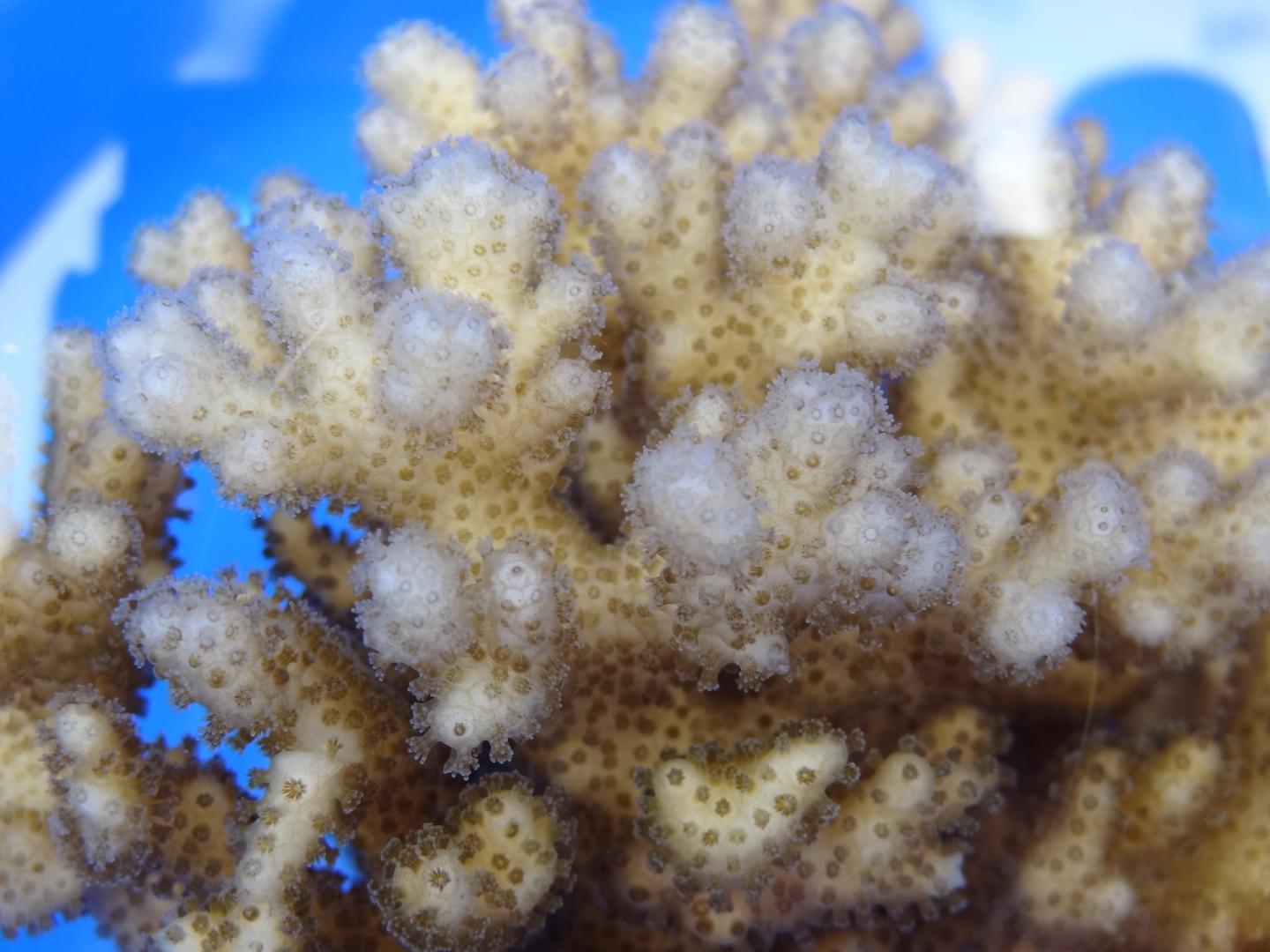 A new study from scientists at the University of Hawai’i – Mānoa’s (UHM) Hawai’i Institute of Marine Biology (HIMB) reveals that preconditioning adult corals to increased temperature and ocean acidification resulted in offspring that may be better able to handle those future environmental stressors. This rapid trans-generational acclimatization may be able to “buy time” for corals in the race against climate change.

Hollie Putnam, lead author of the Journal of Experimental Biology-featured study and HIMB assistant researcher; and Ruth Gates, co-author and HIMB senior researcher, exposed two groups of parental corals to either ambient ocean conditions or IPCC-predicted future ocean conditions – warmer and more acidic water. As expected, the harsher future conditions negatively affected the health of the parental coral – lowering photosynthesis and production to consumption ratios. Surprisingly, however, the offspring of parents who were exposed to future conditions appeared healthier when re-exposed to the harsher environment.

“By preconditioning the corals while the offspring are being brooded it may be possible to increase the offspring’s potential to perform under stressful environmental conditions,” said Putnam.

Corals have been suffering huge losses in diversity and abundance on reefs worldwide due to local stressors such as overfishing, coastal development, pollution, and sedimentation, for example. Further, global stressors such as increased temperature result in coral bleaching – a breakdown in the symbiosis between the cnidarian host and the symbiotic algae – which can cause mass coral mortality. Additionally, corals exposed to ocean acidification can struggle to build their skeletons and reefs are undergoing bioerosion and dissolution.

“Together these local and global stressors are placing an unprecedented strain on coral reef ecosystems. It has even been predicted that some corals may go extinct and the reefs will not provide the same biological diversity and provisioning – goods and services valued at hundreds of billions of dollars annually,” said Putnam.

It is thought genetic adaption is the primary option for corals to respond to climate change. With the rapid rate of environmental change, however, genetic adaptation may not be able to keep pace. Putnam and Gates were interested in the potential for other more rapid response mechanisms like the acclimatization provided when adults provision their offspring based on their environmental experience. The researchers think epigenetics, or a change in the quantity and product of a gene without a change in DNA sequence, may be one such acclimatory mechanism that allows the organism to rapidly adjust to environmental change. Epigenetics and parental effects, they say, may help to buffer corals against the rapidly changing climate.

“Our work suggests that when we consider multiple life stages in connection and their environmental history, corals have resources to respond to climate change that we have not yet considered fully,” said Putnam. “This may be good news for corals of the future.”

In a new series of experiments, the researchers are expanding their analysis to more coral life stages by tracking the coral larvae from preconditioning in their parents until they settle and grow into juveniles. Their goal is to assess the “grandchildren” after 3-4 years, when the first offspring become reproductive. They are also comparing the response to temperature and ocean acidification simultaneously and separately to determine if one factor is more influential than another.