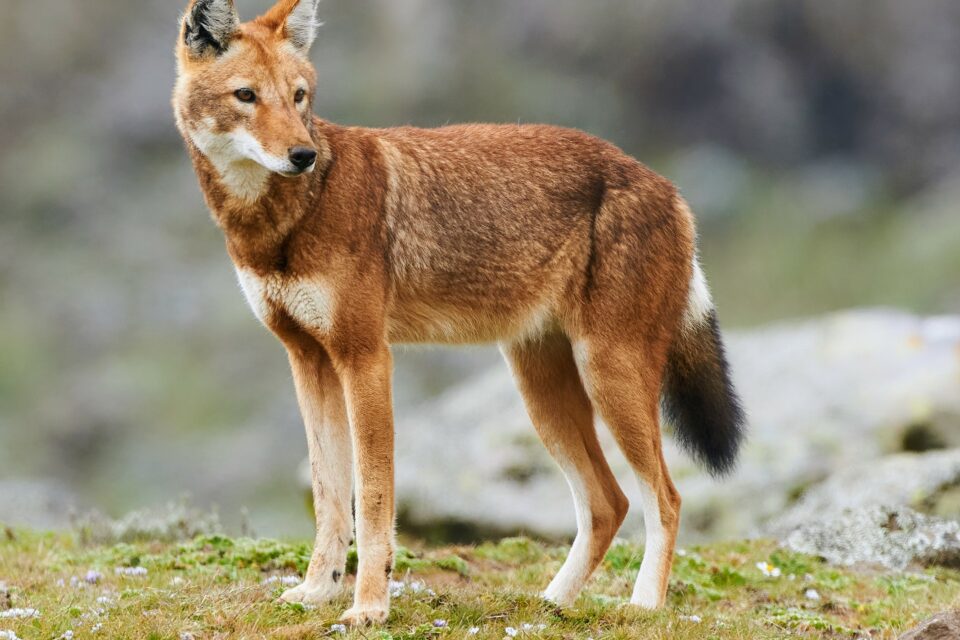 The larger African carnivores, such as lions, leopards and cheetahs, have populations that are predictably constrained within the borders of nature reserves and wildlife areas. They have suffered range contractions in the past because they were in conflict with humans and their livestock. But a new study, led by scientists from the Yale School of the Environment, has found that all 91 different species of African carnivores investigated are facing range loss, and the smaller, less conspicuous carnivores are no exception.

The study, published in the Proceedings of the National Academy of Sciences and led by YSE Knobloch Family Associate Professor of Wildlife and Land Conservation Nyeema C. Harris, found that many carnivore species that are currently classified as being of “least concern” in the International Union for the Conservation of Nature’s Red List of Threatened Species had ranges that are at risk of significant contraction.

For example, the common slender mongoose (Herpestes sanguineus) and serval (Leptailurus serval) both face the risk that 16 percent of their current range area will be lost, while it was as much as 70 percent for the Egyptian weasel (Mustela subpalmata).  Harris says the most important finding of the study, which analyzed additional data not previously assessed, is that all the species studied have some portion of their range at risk of contraction due to burgeoning threats. The average range contraction risk for the species studied was 15 percent.

“There’s a growing interest in relying on geospatial data to make conservation decisions but the range maps are flawed,” said Harris. “Traditional gap analyses do not consider both threats and assets, across the range, that influence population persistence. We are introducing a novel approach by assessing these different variables.”

Most surprising, she said, is that the team’s model was able to determine the potential range contraction risk for so many of the different species. Filling in these gaps in the current understanding will help forecast range contractions in African carnivores in future. The study reported that the Ethiopian wolf (Canis simensis) and the African wild dog (Lycaon pictus), large carnivores that are classified as endangered in the IUCN Red List, were facing range losses of 33 percent and 3 percent, respectively.

“We were able to get new insights about species that are largely unknown or understudied, and we identified that there are some conservation concerns because they have very small ranges containing more threats than assets,” said Harris. “The model is giving us a broader understanding and a different approach to anticipating biodiversity losses, especially for species with limited information, classified as ‘data deficient’ in the IUCN Red List, such as the Ethiopian Genet (Genetta abyssinica, a catlike mammal) and Pousargues’s mongoose (Dologale dybowskii), also known as African tropical savannah mongoose.”

Approximately one third of the world’s carnivore species are to be found in Africa, but these animals are under pressure from many different anthropogenic factors. Conflict with humans is a persistent problem, especially in parts where farmers depend on livestock that can fall prey to predators. Africa also has a rich biocultural diversity, with many groups of that value carnivores as part of their heritage.

The study examines possible assets to conservation, such as distribution of Indigenous lands and cultural diversity, and threats to carnivores, such as drought risks and exposure to urbanization or agriculture. It highlights some anthropic factors that are helping conservation efforts. For example, customary laws and traditional ceremonies of the Nharira community in central Zimbabwe include biodiversity protection.

“The blanket inclusion of human density as inherently and exclusively an environmental stressor is not accurate,” the authors noted. “By seeking, incorporating, and respecting traditional ecological knowledge of people in places, conservation can progress to a more inclusive practice and promote species ranges under varying global change scenarios.”

According to Harris, more work needs to be done to fill out the full extent of variables distributed across species ranges – an idea she calls textured range maps. She noted that such efforts can complement existing frameworks such as the IUCN Red List. She said their model will be used for a global carnivore assessment, and she hopes other researchers will apply similar approaches to study different groups of conservation interest, such as primates and amphibians around the world. “It will allow us to set a very explicit agenda around conservation strategy.”

“I’m very proud of the collaborators and the partners involved in this work who bring different expertise and experiences,” said Harris, noting the team of all Black and Latina scientists. “We are helping to change the narrative of who gets to ask the questions