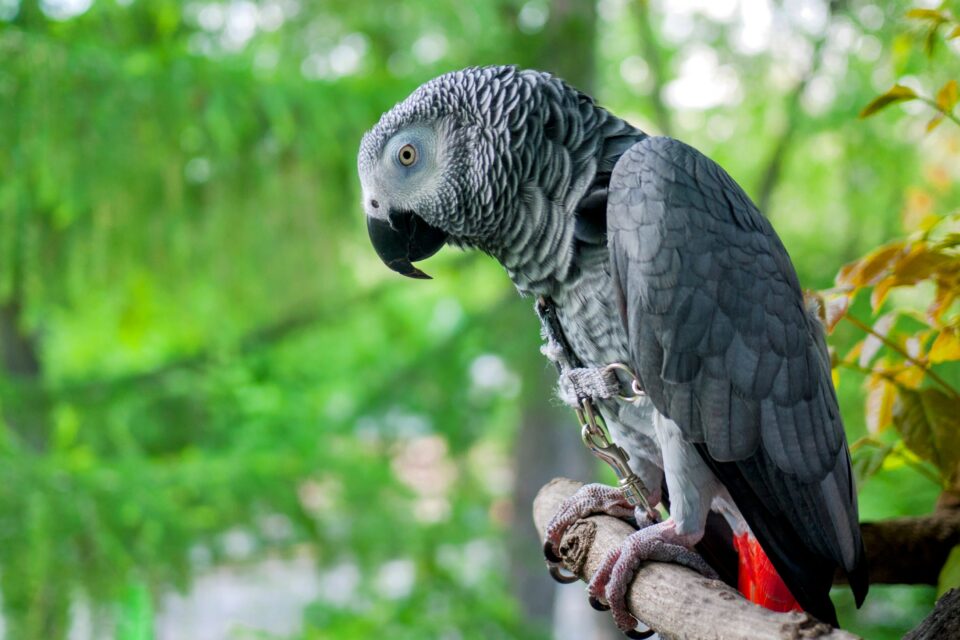 Patience is sometimes seen as a uniquely human trait, but animals are also capable of waiting patiently. Studies have found that primates, birds and dogs can all delay immediate gratification and wait for a reward that is preferable.

In a recent study by scientists from the Max-Planck-Institute for Ornithology, 28 birds from four parrot species were tested for their ability to be patient. They were all expected to resist eating a food they did not prefer while they waited to be presented with a food they preferred.

To test levels of self-control, the birds were presented with sunflower seeds – a food they did not prefer – through a gap in a transparent screen. If the birds delayed gratification and did not eat the sunflower seeds, a rotating apparatus would then present them (in 5 to 60 seconds) with walnuts, which were preferred by all the birds.

Both the seeds and the nuts were visible through the transparent screen. If the birds ate the sunflower seeds that were initially presented to them, the experiment ended and they were not given access to any walnuts.

The results showed that African grey parrots were able to wait an average of 29.4 seconds for their preferred food to become available; the great green macaws waited an average of 20 seconds, the blue-headed macaws waited 11.7 seconds and the blue-throated macaws waited only 8.3 seconds. The best performing parrot, an African grey named Sensei, was able to wait for a maximum of 50 seconds – 20 seconds longer than the maximum waiting time for the best performing macaw.

“Our findings suggest that the self-control abilities of closely related macaw species vary greatly between individuals and species. We hypothesize that these differences could be linked to differences in brain size or general intelligence,” said study co-author Matthew Petelle.

“They could also be influenced by the foraging behaviors or social organization of different species as better self-control may have been more strongly selected for among birds who are required to invest more time in locating and extracting food or who live in more complex social environments.”

The birds were recorded engaging in a variety of displacement activities while they waited for their preferred food to become available. Sometimes they paced about, or manipulated objects while waiting. The more time a bird spent engaging in these behaviors, the more successful they were at waiting, especially when they had to wait for longer than ten seconds. The effectiveness of these behaviors varied between species.

African greys were more successful at waiting than blue-throated and blue-headed macaws, even though they engaged in these behaviors for similar amounts of time. Pacing was the behavior associated with the greatest success at waiting for the preferred food.

“We propose that birds engaged in behaviors such as pacing in order to suppress the impulse to eat the food they did not prefer and better enable them to cope with waiting for the food they preferred to become available,” said Petelle.

“Similar coping or distraction behaviors reported in other species, such as lying down and looking away in dogs or playing with toys in chimpanzees, have previously been associated with greater success at waiting.”

Little is currently known about how the species of parrots used in the study interact with their natural environments or with other wild parrots, and so the influence of these factors on the ability to delay gratification cannot be quantified. Limited conclusions can be drawn about the reasons for the inter- and intraspecific differences encountered in this study.

The study authors feel that future research could focus on the social organization, foraging behaviors and brain sizes of parrot species such as blue-headed and blue-throated macaws in order to determine the influence of these factors on the evolution of self-control and patience.

The research is published today in the journal Animal Cognition.