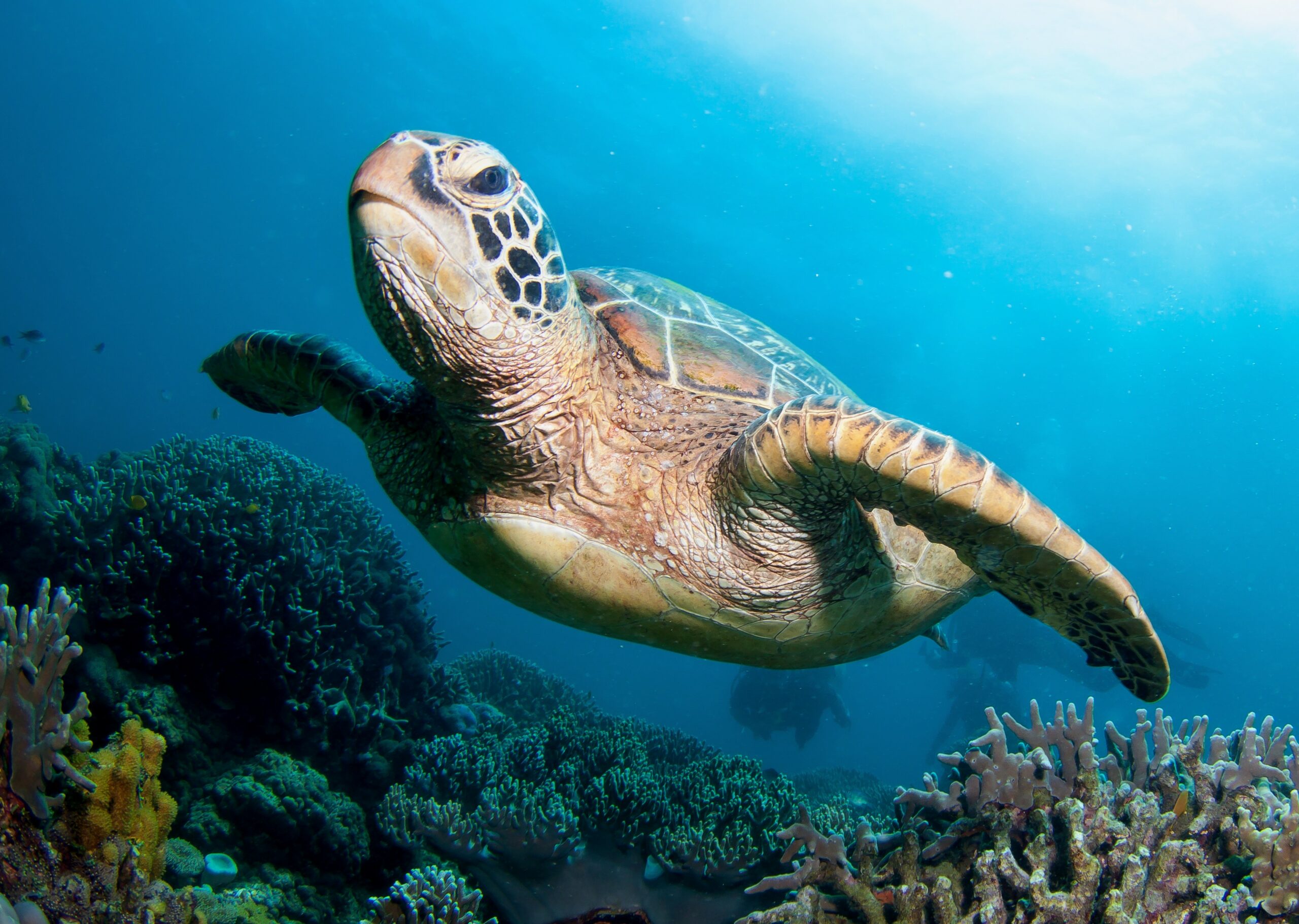 Networks of marine protected areas (MPAs) are crucial for the protection of species with high dispersal capacity. A new study led by the University of Exeter has found that a network of West African MPAs (RAMPAO) – running along the coast of seven African countries, from Cape Verde to Sierra Leone – is protecting the vital habitats of green turtles, a species with complex life-cycles, involving large-scale migrations between breeding and feeding sites.

“West Africa has very rich marine ecosystems. Conservation efforts initially focused on key habitats, such as seagrass, mangroves, estuaries and intertidal flats, which are used by populations of global importance of coastal and seabirds, and by charismatic species such as humpback dolphins, West African manatees, and green turtles,” explained study lead author Dr. Rita Patricio, a postdoctoral fellow in Biosciences at the University of Exeter. “Our study is part of wider efforts to discover where species are distributed in the region, to ultimately find the most effective ways of protecting them.”

Dr. Patricio and her team tracked 45 female green turtles from Poilão Island, in Guinea-Bissau’s Bijagós Archipelago, which hosts the largest green turtle population in the Eastern Atlantic region. They found that, during nesting and foraging, the turtles spent most of their time inside the MPA network. However, their migration corridors were located largely outside of the protected areas, close to the shore, where regionally important fishing activities could endanger the turtles.

According to Dr. Patricio, balancing marine protection with the needs of human coastal communities is vital. The turtles’ large-scale migrations between breeding and feeding sites should be taken into account in order to better structure MPAs and thus improve conservation efforts.

“It is essential to understand the connectivity between these areas, to estimate the level of protection, and to ensure that conservation efforts on breeding sites are not cancelled out by lack of protection at feeding sites, and vice-versa,” said Dr. Patricio.

Although for the moment green turtle populations in these areas look stable, if conservation efforts are removed, the population could drop very quickly, Dr. Patricio warned.

The study is published in the journal Frontiers in Marine Science