Why researchers say we are living in the age of the chicken • Earth.com 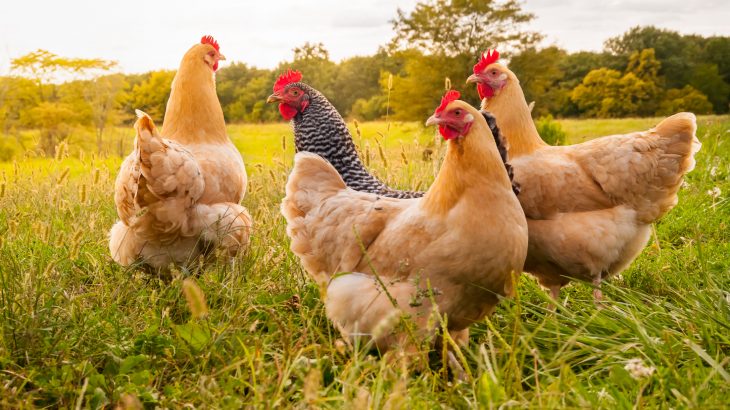 From the Mesozoic Era’s “Age of the Dinosaur” to the woolly mammoths of the last ice age, researchers use clues in the fossil record to understand what animals and events had the largest impact on the Earth throughout history.

For the Anthropocene, the world’s current Epoch (or the Meghalayan Age depending on which geologists you are talking to), humankind has had a major impact on the world.

However, according to a new study published in the journal Royal Society Open Science, researchers from the University of Leicester say that our lasting legacy on Earth will be chickens

Hundreds of thousands of years from now, our mark on Earth will likely be defined by an abundance of chicken bones in the fossil record during the Anthropocene.

According to the researchers, you couldn’t ask for a better sign of the times than the chicken.

“We think they are a really important symbol and potential future fossil of this age, and man’s impact on the planet,” Carys Bennett of the University of Leicester told New Scientist.

The domestication of the chicken and chicken farming has led to some of the most profound and rapid evolutionary changes in the animal kingdom.

Every year over 60 billion chickens are slaughtered, and there are more chickens on Earth than any other species of land vertebrate bigger than a bird.

With so many chickens slaughtered every year, it’s not difficult to imagine that these will be the most abundant fossils of our age. Chicken bones and chicken carcasses are dumped into landfills which creates the perfect conditions for fossilization.

What sets the chicken apart from other animals that humans have domesticated is the rampant changes the chicken has undergone in size, shape, and genetics over the years.

Chickens today are very different from their wild chicken ancestors, according to the researchers.

“Human-directed changes in breeding, diet and farming practices demonstrate at least a doubling in body size from the late medieval period to the present in domesticated chickens, and an up to fivefold increase in body mass since the mid-twentieth century,” the researchers wrote in their study.

Broiler chickens are unable to survive without humans and have evolved 15 times faster than expected due to their domestication.

“Given this global distribution, together with its huge population size and distinctive biology, genetics and bone geochemistry, the broiler chicken may be viewed as a key species indicator of the proposed Anthropocene Epoch,” the researchers conclude in their study.