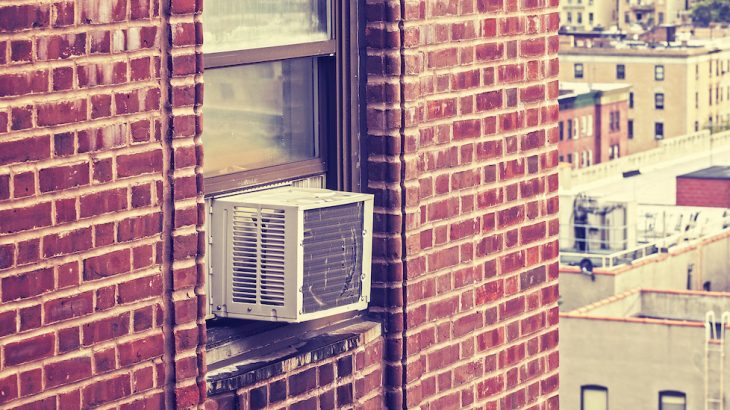 What if we could tackle the problem of energy-consuming air conditioners and the goal of carbon capture in one?

In a new paper published in the journal Nature Communications, researchers from Germany and Canada propose a novel strategy to help mitigate climate change while still keeping homes cool in the summer by using air conditioning units to capture carbon and convert that carbon into fuel.

The researchers envision a new concept where consumers would generate their own fuel, much like how solar panels can power an entire home, while capturing carbon thousands of times more efficiently than trees.

“Imagine the renewable-electricity-powered air conditioning system in your house, apartment or office at work, besides functioning for cooling and heating, being adapted to capture carbon dioxide and water from the air,” the authors of the study write. “Imagine the water and carbon dioxide thus collected converted into renewable hydrocarbon fuels using existing technology and thereby creating personalized, localized and distributed, synthetic oil wells.”

The researchers have developed an experimental model, but as of now, the design is still very much in its early stages.

“The plan in two or three years is to have the first experimental showcase where I can show you a bottle of hydrocarbon fuel from carbon dioxide captured in an air-conditioning unit,” Roland Dittmeyer, a chemical engineer leading the new project, told Scientific American.

Using air conditioning units is a crucial element of the project as air conditioners are projected to use up as much electricity as China currently uses by the midcentury, according to the New York Times.

Not only do air conditioners need a lot of electricity, but they also contribute to atmospheric greenhouse gas emissions.

The researchers predict that if air conditioning carbon capturing units were installed in 25,000 German supermarkets, collectively they would pull 1,000 tons of CO2 from the air every hour.

“The vision of empowering people with a technology to become energy independent while contributing to a circular economy, a “social energy autarky”, gives control to the people to help solve the greenhouse gas, global warming and climate change problems themselves rather than having to rely on the power-generating industries to rise to the challenge,” the researchers conclude in their paper.