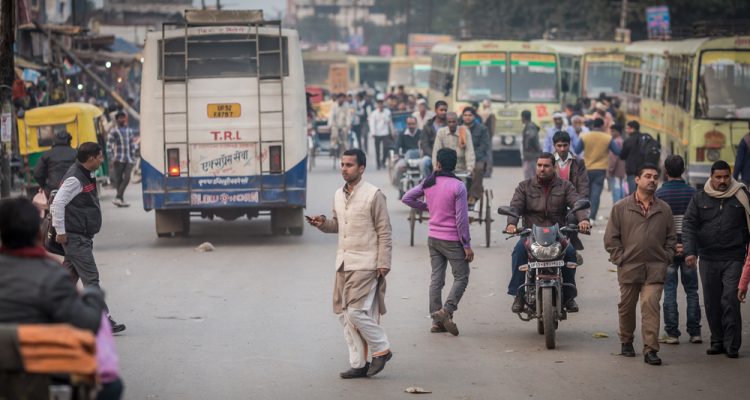 While levels of the most dangerous airborne pollutants decreased by at least 15% in China, the U.S. and Europe from 2010 to 2015, the study finds that India’s air quality grew more toxic by 13% during that same period.

According to data compiled for 2015 by state pollution control boards and under freedom of information laws, “there are virtually no places in India complying with World Health Organization and national ambient air quality (NAAQ) standards, and most cities are critically polluted.”

“Except for a few places southern India which complied with NAAQ standards, the entire country is experiencing a public health crisis dude to high air pollution levels.”

Citing the Lancet’s global burden of disease study, the report finds that about 3,283 Indians die each day from exposure to outdoor air pollution, meaning deaths due to poor air quality amount to “only a fraction less than the number of deaths caused by tobacco usage.”

In the state of Uttar Pradesh, the level of PM10 (airborne pollutants like dust and mold) in all 20 cities observed were 100% higher than international limits. The report also found that the limit in Ghaziabad, an Uttar Pradesh city that borders the Indian capital Delhi, exceeded the limit by 400%.

Open fires, road dust, exhaust fumes from vehicles, industrial emissions, and the burning of crop residue are some of the primary factors contributing to India’s poor air quality.

Delhi’s high court has taken action this week, prohibiting administrators in the northern agricultural state of Punjab to cease this year with their annual crop burning, which is responsible for sending huge clouds of smog across northern India.

“We are of the view that the air quality of Delhi and nearby states is already deteriorating day by day and has attained alarming proportions,” the court said Thursday.