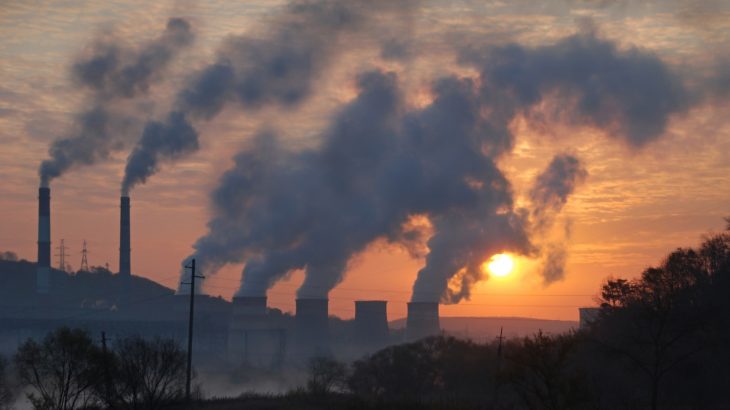 Exposure to air pollution increases the risk of infant death

An estimated 7 million people die every year due to breathing in toxic air, according to the World Health Organization. Young children and older adults are the most vulnerable, and a new study has identified three air pollutants that increase the risk of infant deaths.

Past studies have found that air pollution increases the risk of cardiovascular disease, respiratory problems, and early death. But what was not well understood was which pollutants were attributable to death in young children.

Researchers from the Cardiff University School of Medicine analyzed data from 7,984,366 live births and deaths that happened between 2001 and 2012 in England and Wales.

To see how air pollution exposure impacted mortality rates around the UK, the researchers divided the country into 35,000 areas that had similar populations of 1,500 residents or 650 households.

Annual pollution records were collected from the UK Department for Environment, Food, and Rural Affairs, and the researchers were able to calculate yearly pollution exposure for each area.

The pollutants that carried the biggest risks were particulate matter (PM10), nitrogen dioxide (NO2) and sulfur dioxide. Exposure to these pollutants, either separate or combined, increased the risk of infant death by 20 to 50 percent in the areas with the highest levels of pollution exposure.

“We found that NO2, PM10, and SO2 are each linked in varying degrees to infant deaths from any cause, and to neonatal and post-neonatal deaths,” said Dr. Sarah Kotecha, a member of the research team. “This is an important finding as the pollutants are produced and derived from different sources.”

A second study conducted by researchers from the University of Leicester found that exposure to air pollution from traffic during the first trimester can cause reduced lung function in children by age eight.

On average, the children were exposed to one microgram of PM10 per cubic meter of air, and every cubic meter increase during the first trimester correlated with a 0.8 percent decline in lung function by the time a child turned eight.

“We found that exposure to road traffic PM10 in very early life showed harmful associations with lung function in eight-year-olds,” said Anna Hansell, an author of the study. “Associations were stronger among boys, children whose mother had a lower education level or smoked during pregnancy.

Both of the studies will be presented at the European Respiratory Society International Congress.

“Our findings show that although progress has been made, the challenge remains to reduce air pollution in order to reduce the numbers of infant deaths,” said Dr. Sarah Kotecha. “In the meantime, by understanding how pollution affects babies, either directly or via the mother, we may be able to target appropriate therapies or other interventions, depending on the amount of exposure to the different types of pollutants.”