Air pollution can be as harsh on the lungs as a daily pack of cigarettes • Earth.com 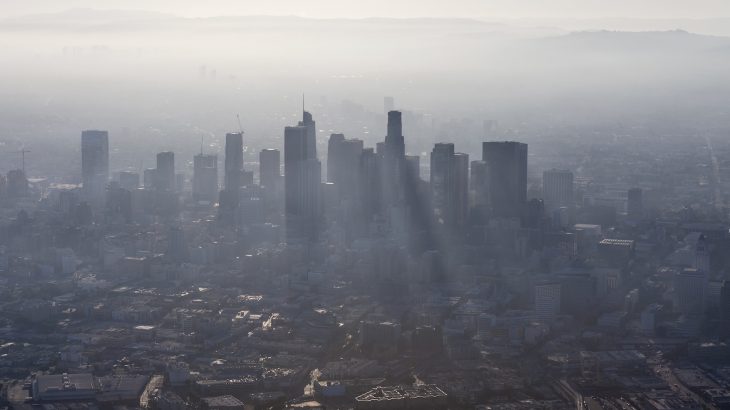 Air pollution is on the rise due to the effects of climate change – and ozone air pollution in particular is responsible for accelerating the progression of emphysema of the lung. A new study from the University of Washington, Columbia University, and the University at Buffalo details the consequences that our changing climate has on air pollution and lung disease.

Although past studies have shown the link between air pollutants and lung disease – as well as heart disease – this new study published in JAMA has found a connection between long term exposure to all major air pollutants (especially ozone) and an increase in emphysema seen on lung scans. Emphysema is a condition characterized by the destruction of lung tissue, which results in shortness of breath, coughing, wheezing, and an increased risk of death.

“We were surprised to see how strong air pollution’s impact was on the progression of emphysema on lung scans, in the same league as the effects of cigarette smoking, which is by far the best-known cause of emphysema,” says study senior co-author Dr. Joel Kaufman, professor of environmental and occupational health sciences and epidemiology in the School of Public Health at the University of Washington.

“Rates of chronic lung disease in this country are going up and increasingly it is recognized that this disease occurs in nonsmokers. We really need to understand what’s causing chronic lung disease, and it appears that air pollution exposures that are common and hard to avoid might be a major contributor.”

Researchers found that if the ambient ozone level was just 3 parts per billion higher where a person lived compared to another location over 10 years, there was an associated increased risk of emphysema equivalent to smoke a pack of cigarettes a day for 29 years. Disturbingly, the study also determined that ozone levels in some major U.S. cities are increasing by that amount, potentially as a result of climate change.

The study involved the implementation of novel and accurate exposure assessment methods for air pollution levels at the homes of study participants. Researchers collected detailed measurements of exposures over multiple years in metropolitan regions and in the homes of many of the participants.

“This is a big study with state-of-the-art analysis of more than 15,000 CT scans repeated on thousands of people over as long as 18 years,” says Dr. R. Graham Barr, a professor of medicine and epidemiology at Columbia University and a senior author on the paper. “These findings matter since ground-level ozone levels are rising, and the amount of emphysema on CT scans predicts hospitalization from and deaths due to chronic lung disease.”

There is now a high volume of evidence linking air pollution and emphysema, leading scientists to worry about public health as climate change creeps forward and the consequences become more dire. If we don’t begin to reverse the climate change process now, it won’t just be our environment that will feel the effects.