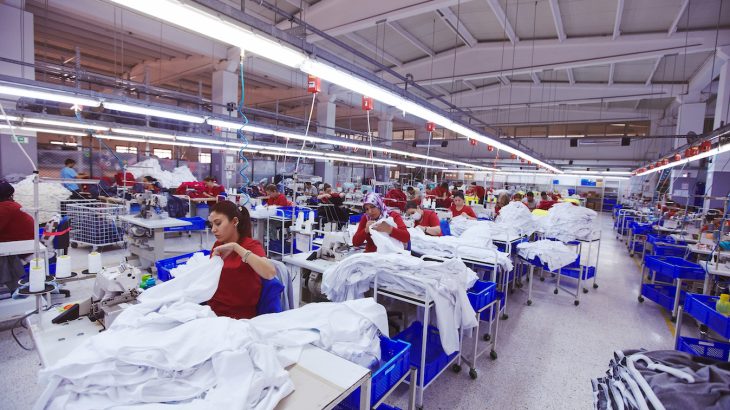 While extensive research has shown the negative impacts of pollution on public health and wellbeing, few studies have examined how air pollution affects worker productivity.

But now, a new study published in the American Economic Journal: Applied Economics is the first of its kind to comprehensively show how long-term exposure to pollution in a factory setting has a dramatic impact on both health and productivity for employees.

Researchers from the National University of Singapore conducted the research and spent over a year interviewing factory managers in China, gathering productivity information from textile mills, and analyzing data.

“Our aim with this research was to broaden the understanding of air pollution in ways that have not been explored,” said Alberto Salvo, an author of the study. “We typically think that firms benefit from lax pollution regulations, by saving on emission control equipment and the like; here we document an adverse effect on the productivity of their work force.”

The researchers reviewed the daily records of two textile factories where the workers were paid per piece of fabric made and compared the records to daily pollution levels using measurements of fine particles.

Having such detailed records of productivity allowed the researchers to find out how a factory’s pollution impacted its employees both on a day to basis and over a longer period.

On most days, the factories had pollution levels that were above levels deemed safe by the US Environmental Protection Agency.

The researchers found on a day to day basis, pollution exposure had little influence on worker productivity, but exposure over a period of 30 days adversely affected the employees.

“We found that an increase in PM2.5, by 10 micrograms per cubic meter sustained over 25 days, reduces daily output by 1 per cent, harming firms and workers,” said Haoming Liu, a co-author of the study. “The effects are subtle but highly significant.”

One explanation for why productivity is impacted by pollution exposure could be that the highly polluted factory environments reduce well-being.

“Besides entering via the lungs and into the bloodstream, there could also be a psychological element,” said Liu, “Working in a highly polluted setting for long periods of time could affect your mood or disposition to work.”

Previous research found that in California, fruit packers exposed to a certain level of air pollution were immediately six percent less productive, but this study found that effects are more subtle for workers in China.

“Laborers in China can be working under far worse daily conditions while maintaining levels of productivity that look comparable to clean air days,” said Liu. “Therefore, our finding that pollution has a subtle influence on productivity seems realistic.”