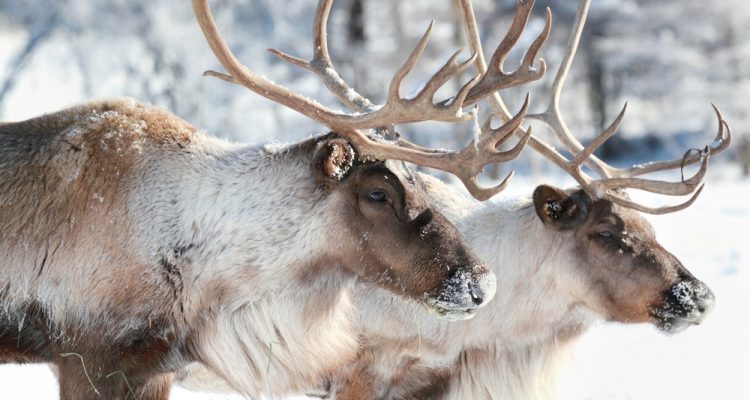 Alaska has a new mystery that has some scientists stumped: disappearing caribou.

A massive herd of caribou that roams the Arctic region in the state has dwindled, with its population declining by more than half in just six years.

Researchers can’t settle on a reason. They’ve ruled out hunting by wolves and bears as a factor, and while pregnancy levels are down among female caribou, it’s not enough to account for the population bleed.

Biologists can find so sign of diseases among the herd. They have seen a higher than normal death rate among the female caribou fitted with radio tracking collars, but no sign of what is causing those deaths, they said.

One change that may have played a role in 2013 was a later than normal spring. That seems to have led to poor nutrition among the caribou that year, scientists said. Researchers plan to study satellite and weather tracking data to see if other unusual weather patterns might have affected the mushrooms, lichen, sedges, and other plants the caribou eat, leading to malnutrition.

Some of the herd may have split off to join other groups of caribou, but the scientists aren’t sure of the potential extent, or whether it would have caused such a sharp drop in numbers. Because not many of the adult caribou are fitted with the tracking collars, it’s difficult to account for all of the herd’s movements, they said.

The scientists declined to blame climate change for the herd’s population decline until they had studied more data.

However, environmental groups believe that Alaskan polar bears have been affected by global warming in recent years.

The advocacy group Polar Bears International notes that loss of polar bear habitat due to sea ice melt has been linked to reduced size and weight among the bears, as well as a lower survival rate among cubs.

The U.S. Geological Survey is also working to determine what might be affecting the caribou. If summers have gotten warmer in the areas where they typically feed, booming insect populations could be driving them away, the agency’s wildlife biologists speculate.

However, studies comparing the caribous’ range to the 1970s have so far found no significant changes.

Alaska residents have also questioned whether lax hunting rules for out-of-state visitors have played a role. The state fish and game department plans to reduce the number of caribou that can be killed from the herd this hunting season.

Two other north Alaskan caribou herds have seen declining numbers in recent years, although one seems to have stabilized, the department said.