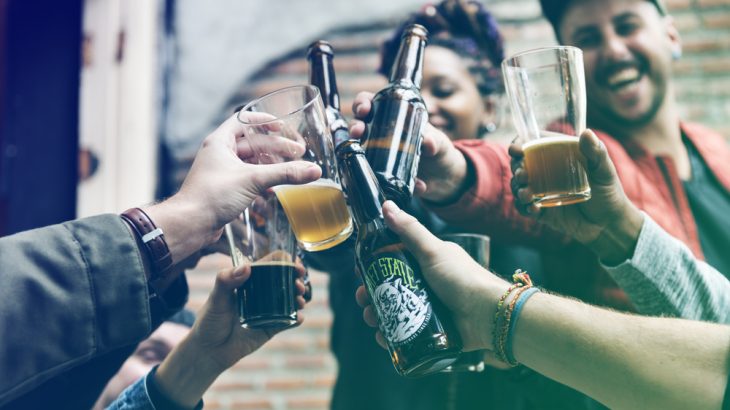 Kicking alcohol addiction is hard. Part of the difficulty might be because alcohol hijacks a neural pathway that forms memories, triggering your brain to remember the good times and ignore the bad.

A single alcoholic drink can alter that pathway for a time, a new study suggests – which may be why you remember the fun and forget about any embarrassing moments or the side effects that follow.

“All drugs of abuse – alcohol, opiates, cocaine, methamphetamine – have adverse side effects. They make people nauseous or they give people hangovers, so why do we find them so rewarding? Why do we remember the good things about them and not the bad?” Dr. Karla Kaun of Brown University said in a press release.

Although alcohol addiction and substance abuse can ruin lives, it’s difficult to fight the addiction. Kaun and her team wanted to see what role memories played in keeping addicts from kicking their habits.

The researchers used fruit flies to study how alcohol affects memory, since the molecular signals that trigger rewarding memories and avoidance are similar to the signals in human brains. Fruit flies have about 100,000 neurons compared to humans’ more than 100 billion, making them a sort of scale model. And scientists have already developed genetic tools that allow them to manipulate and observe fruit flies’ neural pathways.

The team trained fruit flies to seek out alcohol, then observed which proteins were activated by the activity. The study uncovered a specific gene, dopamine-2-like receptor, that appeared to play a role in the fruit flies’ alcohol addiction.

“The dopamine-2-like receptor is known to be involved in encoding whether a memory is pleasing or aversive,” said Dr. Emily Petruccelli, who led the research.

They found that alcohol changed the version of the protein the gene produced. The single tiny change seemed to trigger the brain to encode memories as pleasant, or ignore them. That, in turn, seems to trigger cravings.

The way alcoholic drinks affect the D2-like receptor could help explain why alcohol addiction is so difficult to conquer despite its negative consequences.

“If this works the same way in humans, one glass of wine is enough to activate the pathway, but it returns to normal within an hour,” Kaun said. “After three glasses, with an hour break in between, the pathway doesn’t return to normal after 24 hours. We think this persistence is likely what is changing the gene expression in memory circuits.”

The study has been published in the journal Neuron.