Did alcohol give humans an evolutionary advantage? • Earth.com 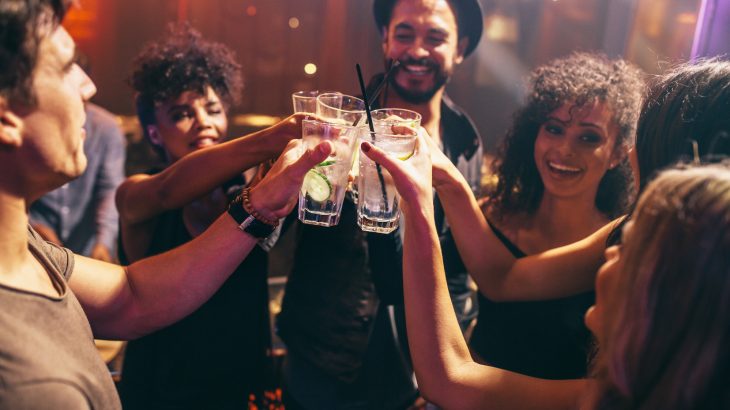 Did alcohol give humans an evolutionary advantage?

Why is the consumption of alcohol such a natural occurrence across human cultures? Alcohol itself is – generally speaking – bad for your health in the long run, but it seems that people from America to Africa have all grown up with alcohol as a part of their communities.

A new theory called the “drunken monkey hypothesis” has scientists saying that our human connection with alcohol is due to apes acquiring a taste for fermented fruit ten million years ago. Apes under the influence tended to have fewer inhibitions, which helped them learn to trust each other and participate in everyday bonding rituals. According to the scientists, this gave apes a key evolutionary advantage.

Archaeologists and anthropologists met at a two-day conference in London to discuss this theory, per a featured report by Morning Advertiser. The “drunken monkey hypothesis” was originally posited by Robert Dudley, a biologist in California. Dudley states that a common ancestor to both apes and humans had a genetic mutation.

“Alcohol consumption is a nearly universal characteristic of human societies, and that suggested to me there’s a genetic disposition to drinking – and evolutionary basis,” says Dudley. Other species have been unable to metabolize ethanol (alcohol), making it a poisonous substance to many.

Matthew Carrigan of Santa Fe College in Florida theorized that the evolutionary adaptation occurred roughly ten million years ago, as this was when our common ancestor left the tree canopy and began eating fermented fruit on the forest floor. This fermented fruit could have had an ABV level as high as eight percent.

The alcoholic fruit would have helped individuals become less self-conscious and more social. “Like all monkeys and apes, humans are social. We have an urgent desire to schmooze and an awareness that alcohol helps our cause,” says psychologist Robin Dunbar. “Friendships protect us against outside threats and internal stresses, and this has been key to our evolutionary success. Primate social groups, unlike most other animals, rely on bondedness to maintain social coherence.”

Although this is just a theory, it’s possible that the human species would not have survived – or would have done so less successfully – were it not for the social bonding that alcohol stimulates. So next time someone looks at you sideways for ordering another drink, just tell them it’s in our species’ best interest.