Algae might be a secret weapon in fighting climate change • Earth.com 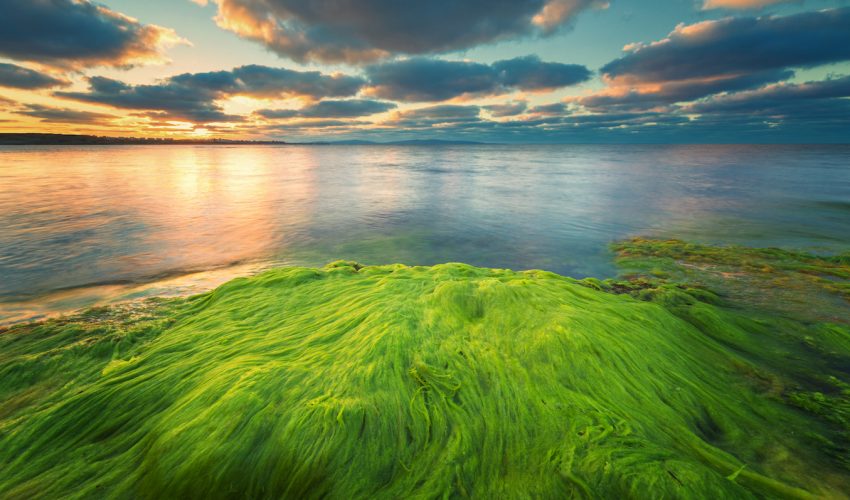 Algae might be a secret weapon in fighting climate change

A tiny particle just might be at the center of a huge defense against climate change, said an international team of researchers led by Cornell University. The particle is microalgae, a microscopic version of the oceanic organism algae, which includes seaweed.

In studying microalgae, the researchers found that it had multiple means of combatting climate change. For instance, its lipids can be extracted from microalgae to make biofuels which could someday replace carbon-emitting fossil fuels. Then, what’s left of the microalgae can be converted into a highly nutritious feed additive for farm animals and fish farms. Chickens fed microalgae have been proven to lay eggs that have three times more nutritious omega-3 fatty acids.

The agricultural use of microalgae would improve the environment by reducing reliance on fossil fuels and fertilizer for growing traditional feed crops. Since microalgae requires one-tenth the space of corn and grains grown to feed livestock, more land could be converted for feeding a rapidly growing human population worldwide.

“We believe these climate goals are attainable,” he said. “But we must constrain carbon dioxide emissions rapidly and then start removing it from the atmosphere.”

His research team feels that microalgae can lead to meeting those challenging goals in numerous ways. Their article, “Geoengineering, Marine Microalgae and Climate Stabilization in the 21st Century,” was published in the March issue of Earth’s Future, a journal of the American Geophysical Union.