Algae may soon be a source of clean energy • Earth.com 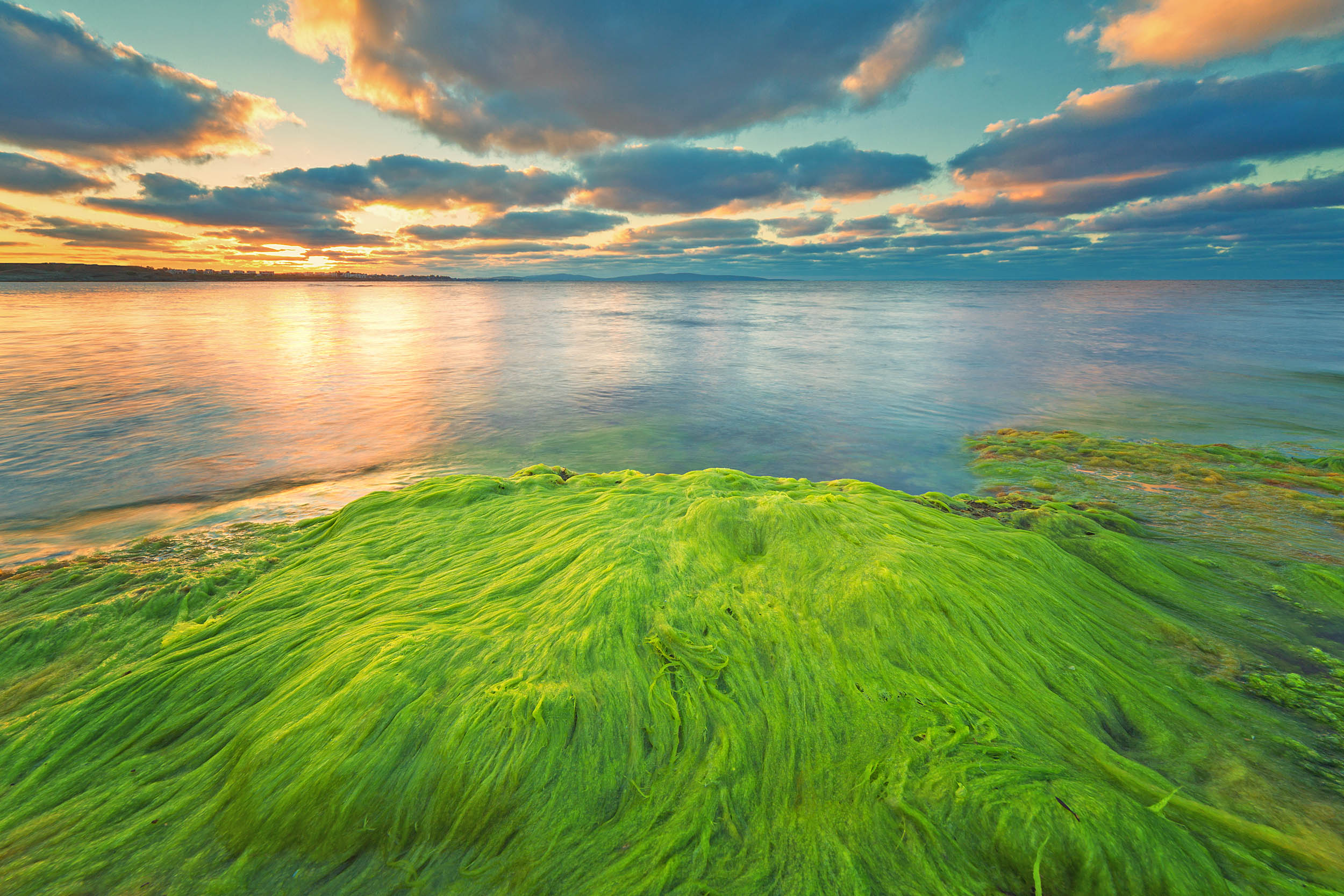 Algae may soon be a source of clean energy

Researchers at Tel Aviv University have revealed how microalgae produce hydrogen, a clean fuel of the future, and suggest a possible mechanism to jumpstart mass production of this environmentally-friendly energy source. Their results have been published in back-to-back studies in Plant Physiology and Biotechnology for Biofuels.

The research was led by Dr. Iftach Yacoby, head of TAU’s renewable energy laboratory, and Rinat Semyatich, Haviva Eisenberg, Iddo Weiner and Oded Liran, his students at the School of Plant Sciences and Food Security at TAU’s Faculty of Life Sciences.

Researchers in the past believed that algae only produce hydrogen in the course of a single microburst at dawn lasting just a few minutes. But Dr. Yacoby and his team used highly sensitive technology to discover that algae produce hydrogen from photosynthesis all day long. Armed with this discovery, the team harnessed genetic engineering to increase algae’s production of this clean energy source 400 percent.

Laboratory tests revealed that algae create hydrogen with the assistance of the enzyme hydrogenase, which breaks down when oxygen is present. The researchers discovered effective mechanisms to remove oxygen so hydrogenase can keep producing hydrogen.

“The discovery of the mechanisms makes it clear that algae have a huge underutilized potential for the production of hydrogen fuel,” said Dr. Yacoby. “The next question is how to beef up production for industrial purposes — to get the algae to overproduce the enzyme.”

Answering the need for clean energy

“I grew up on a farm, dreaming of hydrogen,” said Dr. Yacoby. “Since the beginning of time, we have been using agriculture to make our own food. But when it comes to energy, we are still hunter-gatherers. Cultivating energy from agriculture is really the next revolution. There may be other ways to produce hydrogen, but this is the greenest and the only agricultural one.

“The world burns in just one year energy it took the earth over a million years to produce,” Dr. Yacoby continued. “We must stop being hunters and gatherers of energy. We must start producing clean energy — for our children and for our children’s children.”

Tel Aviv University (TAU) is inherently linked to the cultural, scientific and entrepreneurial mecca it represents. It is one of the world’s most dynamic research centers and Israel’s most distinguished learning environment. Its unique-in-Israel multidisciplinary environment is highly coveted by young researchers and scholars returning to Israel from post-docs and junior faculty positions in the US.

American Friends of Tel Aviv University (AFTAU) enthusiastically and industriously pursues the advancement of TAU in the US, raising money, awareness and influence through international alliances that are vital to the future of this already impressive institution.