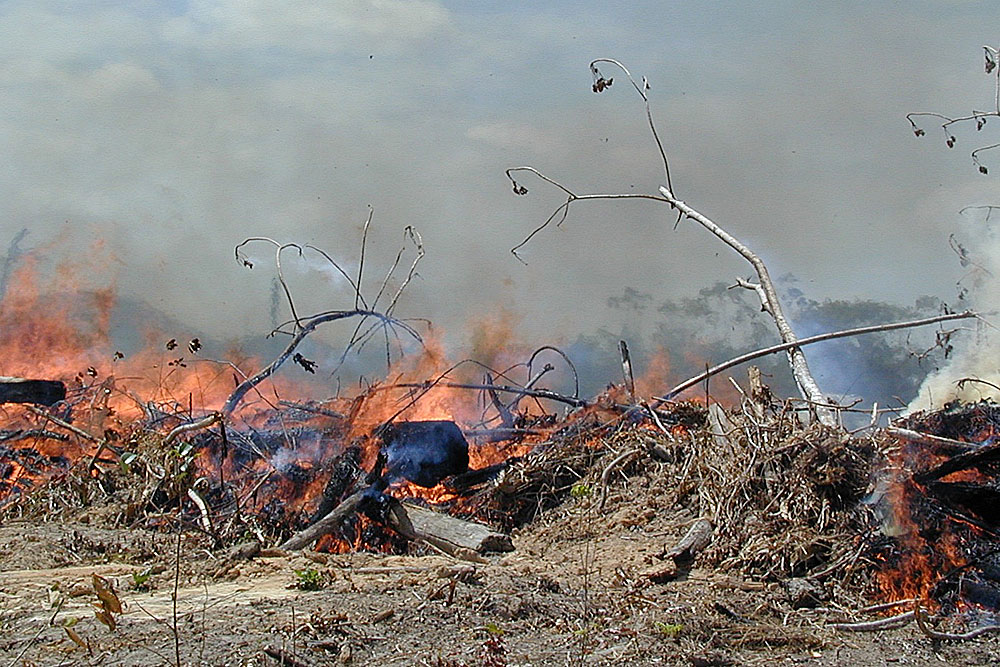 Scientists at NASA and the University of California, Irvine, project fire risk for South America’s Amazon Basin in 2015 to fall along an east-west divide. According to their model, based on multiple satellite datasets, the forests of the western Amazon will experience average or below-average fire risk, while those in the eastern Amazon will see above-average risk.

“As we’re building towards a moderate to strong El Niño, that places even more fire risk across portions of the central and eastern Amazon that are more sensitive to El Niño than to changes in the Atlantic,” said Doug Morton, co-investigator on the project at NASA’s Goddard Space Flight Center in Greenbelt, Maryland.

The fire severity forecast model, developed by Yang Chen and Jim Randerson at the University of California, Irvine, along with NASA scientists, was first published in 2011 in the journal Science. To develop the model, they compared historic fire data from NASA’s Terra satellite with sea surface temperature data in the tropical Pacific and North Atlantic oceans from buoys and satellite images compiled by the National Oceanic and Atmospheric Administration.

Conditions at the end of the rainy season are used to forecast fire activity during the dry season. Sea surface temperatures in the tropical Atlantic and tropical Pacific oceans three to six months before the peak of fire season are strongly correlated with total fire activity. In general, warmer ocean temperatures at the end of the Amazon’s wet season lead to reductions in rainfall and soil moisture at the beginning of the dry season. Drier conditions in the Amazon lead to more severe fires during the late dry season. But each ocean affects different regions of the Amazon.

“This year, only the El Niño [in the Pacific] is playing a major role. That’s why the east-west contrast is more distinctive,” said Chen.

Sea surface temperatures in the Pacific Ocean are warmer than normal – El Niño conditions – which suppress rainfall in the eastern Amazon. The three regions at highest risk are Brazil states Maranhão, Mato Grosso and Pará. Meanwhile, sea surface temperatures in the tropical North Atlantic are average or cooler than average, keeping higher amounts of rainfall in the south and southwestern Amazon.

To check their model forecast, as the dry season has gotten underway, the researchers have compared their initial forecast with observations coming in from NASA’s precipitation satellite missions’ multisatellite datasets, as well as groundwater data from the joint NASA/German Aerospace Center Gravity Recovery and Climate Experiment (GRACE) mission.

This year’s fire risk comes on the heels of a severe drought in eastern and southeastern Brazil, where the satellite data showed a continued reduction in rainfall and a drawdown of groundwater associated with lower than normal precipitation. The amount of groundwater present is a good indicator of fire risk, said Morton, because the signal persists longer and holds the “memory” of water in the soil that is the main source of moisture for trees and vegetation. When ground and soil water are depleted, the region dries out and fire risk goes up.

Each year since 2012, Chen, Randerson and Morton, with the support of the Gordon and Betty Moore Foundation, have issued an Amazon fire forecast for the east, west and southern parts of the basin. With the exception of 2013, their forecasts based on climate conditions have been fairly accurate, said Chen. They are currently investigating the climate conditions that led to overestimating fires – and other researchers to overestimate hurricanes – in 2013.

Increasingly, scientists and agencies in Peru and Brazil are incorporating this type of fire risk assessment into their regional planning for disaster responses. The forecasts provide an indication of the climate component of fire risk. However, fire risk may be underestimated in some frontier regions of Peru and Brazil where humans are likely to set intentional fires for clearing land for agriculture or deforestation.

This year, if the Pacific El Niño continues to strengthen, the team expects to see fire risk increase in the central Amazon, and they may issue a fire forecast for the northern Amazon basin for the first time.

“The seasonality of fires in northern Amazonia is different,” Morton said. Peak fire activity in the northern Amazon occurs in February and March, so sea surface temperatures three months earlier in October and November have the most influence on rainfall and fire risk. The last time strong El Niño conditions persisted that long was 1997.

“There were enormous fires in the ’97-’98 El Niño in Roraima,” said Morton. “That was part of what put fires in the Amazon on the scientific map.”

“If the El Niño continues to strengthen, that’s a region that we will be watching,” Morton said, adding that the link between El Niño conditions and fires in the Brazilian state of Roraima has been seen before in the historic record going back to 2000, as weaker El Niño events in 2002-2003 and 2006-2007 led to large increases in fire activity. “Roraima’s increase in fire risk during El Niño events is so consistent that you don’t need our model to know that the region will experience significant fire risk in 2015-2016.”