Forest degradation is more destructive than deforestation in the Brazilian Amazon • Earth.com 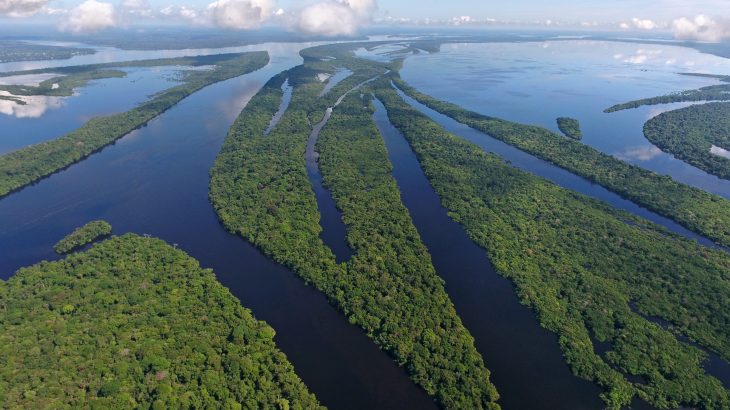 Forest degradation is more destructive than deforestation in the Brazilian Amazon

A new study from AAAS reveals that in the Brazilian Amazon, degradation has become more destructive than deforestation. The researchers found that the total area where the biological function of the forest is degraded, and has not been converted to another use, is now greater than the amount of forest that has been completely cleared.

A team of researchers led by Eraldo Matricardi surveyed the forest between 1992 and 2014, and found that the total area of degraded forest was 337,427 square kilometers compared to 308,311 square kilometers of forest that was cleared.

Forest degradation is more difficult to monitor than deforestation, primarily because degrading activities such as burning, selective logging, and fragmentation can be hard to spot under an existing forest canopy.

“This analysis considered the density, dominance, direction, and duration of five types of forest degradation over almost three decades. Edge effects and isolated forest fragments have been substantial contributors to the current degraded state of forest over the record, but the fragmentation contribution is declining while overt degradation from logging, and to a lesser degree fire, is becoming more prominent,” wrote the study authors.

“We observed that there has been a transition from a deforestation-mediated fragmentation regime to one with an elevated importance of new logging and fire, which is geographically shifting to a new western ‘degradation frontier.'”

Based on satellite imagery, the experts could pinpoint where degradation persisted and reoccurred across the Brazilian Amazon during the 25-year study period. They noted that during this particular timeframe, national policies contributed to a decline in deforestation, where forest is converted to an entirely new use such as for grazing.

“Selective logging has always been one of the first entryways into undisturbed forests, as it occurs within close proximity of existing settlement and clearing. Now, logging is demonstrating the potential to leap further distances into remote areas,” wrote the study authors.

“The overall conclusion from this work is that forest degradation is a significant form of landscape and ecosystem disturbance. Degradation in the Brazilian Amazon is a persistent form of disturbance, not simply one that is eventually replaced by deforestation. Focusing attention on deforestation alone ignores an additional area of forest degraded by selective logging, understory fire, edge effects, and isolation of fragments that is equal in areal extent to cleared forest.”