The Amazon rainforest is burning at an unprecedented rate • Earth.com 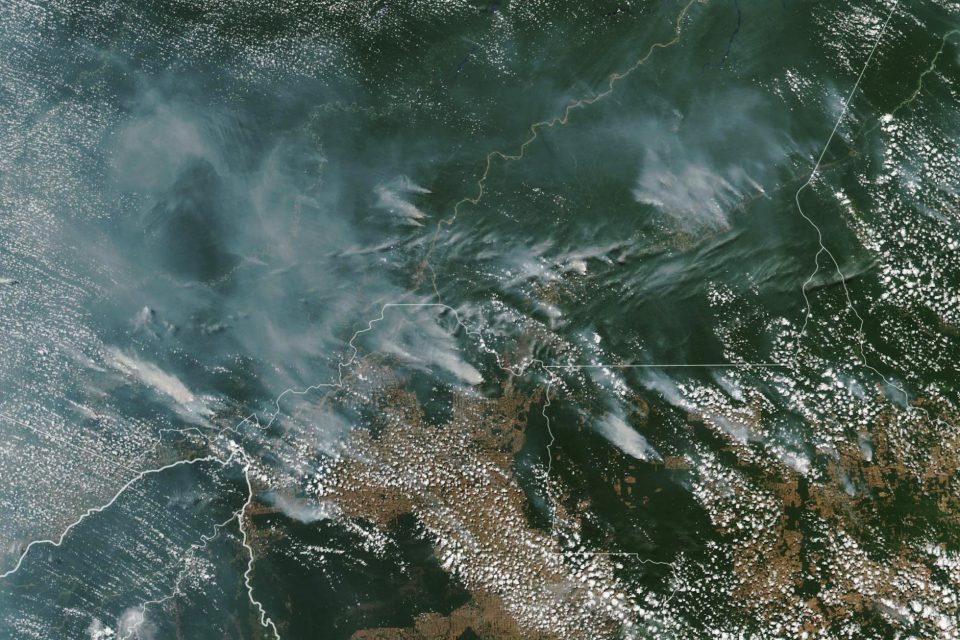 The Amazon rainforest is burning at an unprecedented rate

Wildfires burning across the Amazon have produced so much smoke that it can be seen from space. Based on data from the Earth observation program Copernicus, the European Union has released a map that shows the smoke covering half of Brazil and spreading to the east Atlantic coast.

The city of Sao Paulo went completely dark in the middle of the afternoon on Monday after smoke arrived from more than 1,700 miles away.

“It was as if the day had turned into night,” Gianvitor Dias told BBC. “Everyone here commented, because even on rainy days it doesn’t usually get that dark. It was very impressive.”

Fires are common across the Amazon in July and August during the dry season, but the current fires are burning at a faster rate than normal.

Nearly 73,000 fires have burned in Brazil already this year, setting a new record. This is more than double the number of fires that occurred here in 2003, and an 80 percent increase compared to the same time frame last year.

As the world’s largest rainforest, the Amazon serves as a critically important carbon sink that helps to slow the pace of rising temperatures. Concerns are growing that losses in the rainforest will further accelerate global warming.

The fires are only adding to the devastation that is being caused by deforestation. According to the National Institute for Space Research, an area of the Amazon rainforest that is the size of more than 1.5 soccer fields is now destroyed every minute of every day.

Environmental groups are blaming the president of Brazil, Jair Bolsonaro, for the dramatic losses after he relaxed environmental policies that were designed to protect the rainforest. During his campaign, the president pledged to boost the economy by exploiting the forest’s natural resources.

According to CNN, Brazil’s environmental enforcement agency has had its budget cut by $23 million since Bolsonaro took office.

Indigenous rights activists are afraid that Bolsonaro’s plan to capitalize on the land will not only lead to massive environmental costs, but will also unleash violence against indigenous people.

“There is no doubt that devastation will spread in the region,” attorney Diogo Cabral told National Geographic. “At the same time, he aims to extinguish policies that protect human rights defenders in Brazil. Under Bolsonaro, human life will have no value.”